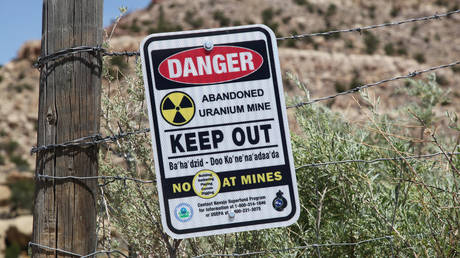 Grand Canyon National Park covered up the discovery of a cache of highly radioactive uranium that may have exposed employees and visitors to radiation at up to 4,000 times safe levels, a Parks employee claims.

High-level Park Service officials formed a “secrecy pact” to cover up the fact that three large drums of uranium had been stored in the Grand Canyon’s museum building for 18 years, exposing Parks employees and tourists alike – including children – to dangerous levels of radiation, National Park Service safety, health, and wellness manager Elston “Swede” Stephenson claims, according to USA Today.

Stephenson says he tried to convince Parks executives to warn the public that anyone visiting the site after 2000 could have been exposed to radiation he calculated at levels potentially over 4,000 times the Nuclear Regulatory Commission’s “safe” level for children and 400 times the level for adults, but was “stonewalled” by management. He believes the Park Service violated the law by not informing the public of the danger.

Also on rt.com
US Energy Dept. blindsides Nevada with secret delivery of half a ton of weapons-grade plutonium


“Respectfully, it was not only immoral not to let Our People know, but I could not longer risk my (health and safety) certification by letting this go any longer,” Stephenson wrote in an apologetic email to senior Park Service officials, a week after he blew the whistle on the uranium cover-up in an email to all Park Service employees, informing them they had been exposed to possibly unsafe levels of radiation.

Federal officials learned last year that three five-gallon buckets stored in the Grand Canyon’s museum building were literally overflowing with highly-radioactive uranium ore. The buckets were moved to the museum building when it opened in 2000 and were so full of the ore one literally wouldn’t close. They were stored near a taxidermy exhibit where, Stephenson says, children often stopped on tours for presentations, exceeding federal safety standards of radiation exposure within three seconds of standing next to the drums. Even adults, he said, could only stand near the drums for half a minute before accumulating unsafe levels of radiation.


The radioactive hoard was discovered by a teenager with a Geiger counter during a museum tour and promptly swept under the rug, Stephenson says, adding that technicians dumped the ore into an old mine near Grand Canyon Village, concealing their meter readings from him the entire time they were cleaning up the radioactive mess. Alarmed at their unprofessional behavior, he called in the Occupational Health and Safety Administration, who found only the empty drums – which had been “inexplicably returned to the building” and still gave off faint radiation readings.

Public affairs specialist Emily Davis claims there is “no current risk to the park employees or public,” but admits the uranium has since been removed, and declined to address the rest of Stephenson’s allegations when contacted by the Arizona Republic.