The UK Home Office has been threatened with legal action unless it opens an inquiry into the awarding of government contracts to firms such as security giant G4S, after alleged “humiliation and abuse” of immigrants at a privately-run detention center.

The Equality and Human Rights Commission has given Home Secretary Amber Rudd two weeks to organize a probe into her department’s awarding of private sector contracts or face the prospect of a forced investigation.

The UK’s equality watchdog was responding to a recently aired BBC Panorama documentary, in which an undercover reporter filmed an incident of “choking” and other episodes of alleged mistreatment at the Brook House Immigration Removal Center (IRC), near Gatwick Airport. 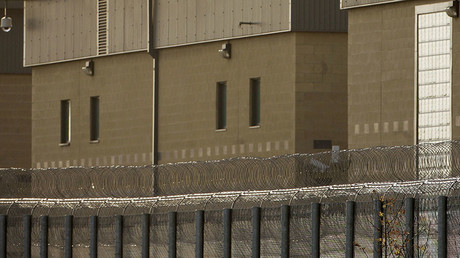 In a letter published on the commission’s website, Rebecca Hilsenrath, the body’s chief legal officer, wrote that the investigation into the “abuse” must be “prompt, effective, independent, subject to public scrutiny, and enable victims to participate.”

The letter sets out how the Home Office is allegedly in violation of Article 3 of the European Convention on Human Rights, by not protecting the rights of immigrant detainees.

Hilsenrath details violations recorded by Panorama, including “state agents” mistreating those “in detention,” and noting that “many of the detainees appear to be mentally unwell and vulnerable, and include a child.”

It continues by advising Rudd that the inquiry should be broad, including “not only the actions of the officers directly involved,” but also the “surrounding circumstances that enabled these incidents to occur without immediate consequences or sanction.”

The commission notes that the “evidence that the behavior caught on camera may be indicative of a wider, systemic problem with human rights compliance at Brook House IRC and IRCs generally.”

Hilsenrath questions the “adequacy” of government systems to “ensure human rights compliance in the outsourcing of contracts for Home Office functions.”

Concluding, the letter states: “We ask you to confirm within 14 days whether the Government will institute such an inquiry, and if not by what means it considers that the investigative duty will be met.”