The government is to announce a crackdown on students censoring controversial speakers on campuses, despite research finding that there is no “systemic” issue with free speech at UK universities.

On Thursday, Universities Minister Sam Gyimah will announce measures banning the “chilling” trend of no-platforming on education campuses. It is the first government intervention on free-speech legislation since the Education Act in 1986.

“A society in which people feel they have a legitimate right to stop someone expressing their views on campus simply because they are unfashionable or unpopular is rather chilling,” the minister will say. 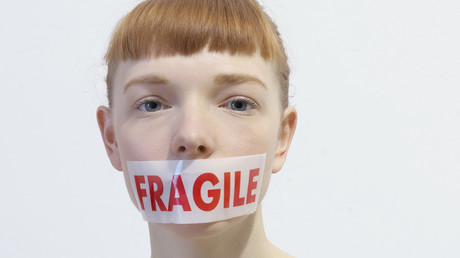 “There is a risk that overzealous interpretation of a dizzying variety of rules is acting as a brake on legal free speech on campus.”

The move comes despite MPs on the Joint Commission on Human Rights recently arguing that there is no “wholesale censorship,” debunking media scaremongering on the issue. The commission did, however, say that certain tactics, such as ‘safe spaces,’ which aim to protect students from being exposed to controversial views, “cannot cover the whole of the university or university life without impinging on right to free speech.”

A string of controversial politicians and prominent figures have been no-platformed at campuses up and down the country.

Tory backbencher Jacob Rees-Mogg, who has been tipped to succeed Prime Minister Theresa May, was greeted by a mob of angry protesters at the University of West England in Bristol at the beginning of February. He was allegedly branded a “fascist” and a “misogynist.”

LGBT rights campaigner Peter Tatchell was prevented from giving a speech at Canterbury Christ Church University amid allegations that he held “racist” and “transphobic” views.

Julie Bindel, a writer and co-founder of Justice for Women, was also banned from speaking at the University of Manchester Students’ Union in October 2015, as students said her views on transgender people could “incite hatred towards and exclusion of our trans students.”