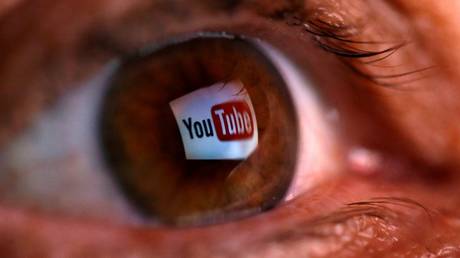 Internal discussions from Google indicate that the search giant is “manually” curating blacklists of search terms – including Rep. Maxine Waters, anti-gun activist David Hogg, and abortion – on YouTube and other services.

The conservative news site Breitbart says it obtained an internal discussion thread from a Google employee showing the existence of a blacklist, as well as a partial list of blacklisted terms from another source within the company.

“We have tons of white- and blacklists that humans manually curate,” Breitbart quoted one Google employee. “Hopefully this isn’t surprising or particularly controversial.”

One of the posts in the discussion mentions that “Maxine Waters” was added to the blacklist after one Google employee complained the top search results on YouTube about the controversial Democrat congresswoman from California was “very low quality.”

Breitbart says they obtained a partial screenshot of the full blacklist from a “source within Google,” and even published the internal link to the list: //depot/google3/googledata/superroot/youtube/youtube_controversial_query_blacklist.

In the transcript published by the site, there are a dozen entries for David Hogg, a student at Marjory Stoneman Douglas High School in Parkland, Florida, who has been an outspoken anti-gun activist since the February 2018 shooting there.

One software engineer in the thread also reportedly noted the addition of “a bunch of terms related to the abortion referendum in Ireland.” The Irish legalized abortion in a May 2018 referendum.

Breaking News: a @Slate reporter doesn’t like the results of her Youtube search. She searched “abortion” and got videos showing an abortion. Both medical and medical animation. So she emails Youtube and they CHANGE THE SEARCH RESULTS. https://t.co/bMbxDPlcWx

“The Slate writer said she had complained last Friday and then saw different search results before YouTube responded to her on Monday,” Breitbart cited an employee writing in the discussion thread. “And lo and behold, the [changelog] was submitted on Friday, December 14 at 3:17 PM.”

Just a couple days prior, on December 11, Google CEO Sundar Pichai testified to the House Judiciary Committee that “we don’t manually intervene on any particular search result.”

“Google has never manipulated or modified the search results or content in any of its products to promote a particular political ideology,” a Google spokesperson told Breitbart.


Breitbart also published a full response from YouTube, which did not deny manually curating search results or managing blacklists, but claimed that the company applies Community Guidelines “impartially.”

“We’ve improved our search and discovery algorithms, built new features that clearly label and prominently surface news sources on our homepage and search pages, and introduced information panels to help give users more authoritative sources where they can fact check information for themselves,” said a part of YouTube’s statement.

Breitbart, however, pointed to posts from the leaked discussion thread by Daniel Aaronson, member of Google’s Trust & Safety team, who said that the company has “huge teams” that work to adjust search results for subjects “prone to hyperbolic content, misleading information, and offensive content” on YouTube, Google Assistant and Google Home.

Back in 2017, Eric Schmidt, CEO of Google’s parent company Alphabet, openly told reporters that Google will be “de-ranking” sites like RT and Sputnik, but would not ban them outright.