Donald Trump won’t get alternative viewpoints by surrounding himself with ‘yes men’ and ‘yes women,’ and that is the mark of a failing presidency, former CIA analyst and whistleblower John Kiriakou told RT.

Trump fired US Secretary of State Rex Tillerson on Tuesday, making him the first to fall in Washington after the president promised a shake-up last week, saying he was seeking perfection in his administration.

The newly appointed US Secretary of State is Mike Pompeo, former director of the CIA, although Rex Tillerson will remain in office until the end of this month and will then effectively step away from politics. Gina Haspel was nominated to succeed Mike Pompeo as CIA director.

RT: What kind of secretary of state will Mike Pompeo be, in your view? Is it a positive move, given his hawkish foreign policy positions? Good choice or not? 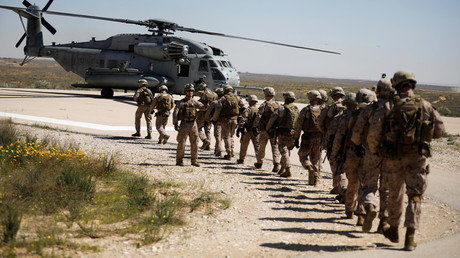 John Kiriakou: It depends on where you stand on these issues: Iran, North Korea, proliferation. You can disagree with Mike Pompeo – as I do – on 99 percent of the issues, but we probably ought to recognize that he is going to be the adult in the room at the White House. He graduated first in his class from the Military Academy at West Point, he graduated from Harvard Law School, he is no dummy. He was a nobody until seven years ago. He was only elected to Congress seven years ago and did three terms, from Kansas.

RT: What is this going to mean for the forthcoming North Korea talks?

… The president has said a number of times that he wants to just do away with the [Iran nuclear] agreement. And Pompeo supports that. The president also has very strong supporters among the Gulf monarchies against Iran, and certainly among the Israelis. I think that he thinks that this is the right thing to do.

There have been disagreements between Trump and his Secretary of State Tillerson since he was appointed. Many people looked upon him… as a stabilizing voice within the Trump administration. He was in favor of maintaining the Joint Plan of Action with Iran. And he is being replaced by Pompeo, who is an opponent of this agreement with Iran… Does Trump just want a ‘yes man’ at this particular time? – Colin Cavell, associate professor of political science at Bluefield State College

JK: I am not expecting a warm embrace from Mike Pompeo.

RT: What sort of message does Gina Haspel’s nomination as CIA director send, given her record of involvement with the agency’s “enhanced interrogation” program? Good move for the CIA or not?

JK: This is one of the worst moves I have ever heard of at the CIA. When I first heard of this, I couldn’t believe it, because Gina Haspel should be in the dock at The Hague, not in the director’s office at the CIA. As has been noted in the Washington Post, New York Times and other outlets, Gina Haspel has blood all over her hands. She is the godmother of the CIA’s torture program… The president is certainly a fan of torture. He has come right out and said so.

RT: Trump has been quite vocal about his support for “enhanced interrogation” practices. With Gina Haspel running the CIA, will we see the agency resort to torture more often? There is a synergy there, you could say.

JK: There is, indeed. And the only thing that is stopping them from returning to this torture regime is one piece of paper called the McCain-Feinstein amendment. It was an amendment to the National Defense Authorization Act that specifically banned and prohibited exactly the kinds of techniques that Gina Haspel was overseeing.

Not only now we have a ‘yes man’ in Pompeo as the new secretary of state, but he [Trump] has also nominated the CIA deputy director Gina Haspel to take over the CIA and she is already compromised because she has been involved in a lot of torture and cover-up in Thailand. – Colin Cavell, associate professor of political science at Bluefield State College

JK: I think that was the point all along. I don’t think Donald Trump ever wanted anybody around him who was going to offer contrary advice. He wants to be backed up, he wants people to say “Yes, Mr President. What a great idea, Mr President. Let’s do it your way, Mr President.” And so slowly, that is what we are seeing happening.

Mike Pompeo has established a close personal relationship with Trump. He enjoys the full confidence of the Pentagon and the “intelligence community,” and is also a protege of Charles and David Koch, staunchly pro-Israeli leading Republican donors.  Pompeo will reinforce the Trump administration’s support for Israel and also strengthen Trump’s confrontational stance towards Iran, including his desire to modify or pull out of the nuclear deal negotiated by President Obama. – Alan W. Cafruny, Professor of International Affairs at Hamilton College, Valdai Club expert

RT: Is that what you need on a presidential team? Is that dangerous? Is he removing the moderating influences?

RT: How long do you think he will be in the job?

JK: I said it a year ago, scandal after scandal, I don’t know how long as a country we can make it through at this pace. I can’t imagine that Donald Trump is going to be president beyond 2020.