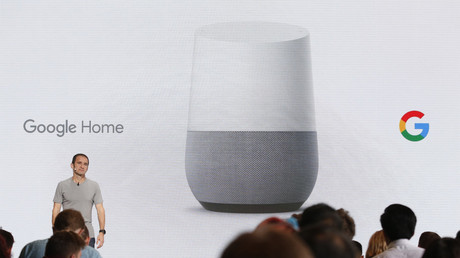 While random sounds emitted from an electronic device can take a person by surprise, it takes a special kind of a naivety to think it’s the work of a supernatural force – enter model Jenny McCarthy.

McCarthy posted a home security video to Facebook earlier this week, showing the actress walking out of her living room before hearing a sweeping tone and three piano notes in quick succession. Spooked by the sound, McCarthy can be heard calling to her husband, actor Donnie Wahlberg. “Donnie, someone just played the piano,” she said.

READ MORE: Sex with a ghost & phantom pregnancy: A woman’s account of marriage to a 300-year-old dead pirate

Occam’s razor dictates that the simplest explanation is usually the best – but McCarthy must not know too much about that. Instead, she leapt to the conclusion that a ghost was haunting the house. The video was posted along with the caption: “HAUNTED! Just happened in my house! I had to look at the security tape to prove it. Ahh!!”

Observers quickly pointed out that the sound was a lot like the one emitted by Google Home. One commentator wrote: “It’s your Google Home speaker connecting. We have one, and it does the same thing.” However, others were more willing to believe the supernatural narrative. “That’s pretty weird!” wrote another. “It does look like there is someone behind the piano.”

McCarthy could well claim that if it wasn’t a ghost playing the piano, it might have been a poltergeist that activated the Home device. She has yet to comment on how similar the two sounds are. Listen below and decide for yourself.