Former US President George Bush’s cardiologist may have been deliberately targeted when he was fatally shot while riding his bicycle in Texas last week, Houston’s police chief told the New York Post.

Art Acevedo told the newspaper on Tuesday it was “highly probable” Dr. Hausknecht was the victim of a targeted shooting. 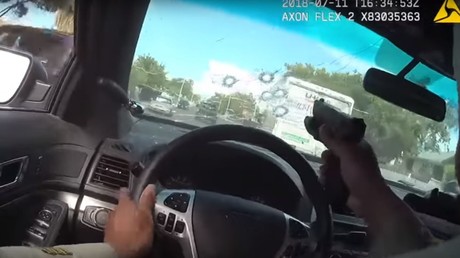 Hausknecht, 65, was shot last Friday in a bicycle-to-bicycle drive-by shooting near Texas Medical Centre in Houston.

The doctor was riding north on South Main Street, near Texas Children’s Pavilion for Women, when he rode past his shooter who was heading in the opposite direction. The shooter then turned, fired two shots at Hausknecht and rode away, said Executive Police Chief Troy Finner in a news conference.

Former US leader Bush, who was president between 2001 and 2009, was said to have been “deeply saddened” by the death of the doctor.

“Mark was a fantastic cardiologist and a good man,” the ex-Republican leader’s spokesman Jim McGrath, 94, said in a statement.

The suspect is said to be a male of white or Hispanic origin and around 30 years old. He was wearing a baseball cap, gray jacket and khaki shorts, and rode a light-colored mountain bike.