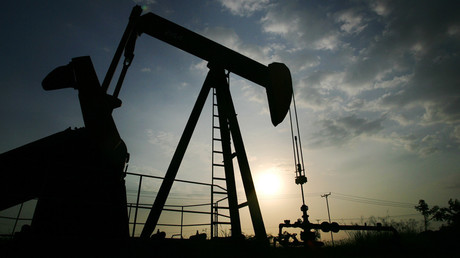 The Democratic National Committee (DNC) has overwhelmingly elected to backtrack on its ban on donations from fossil fuel companies, just two months after the committee prohibited the donations, by unanimous vote.

The ‘backtrack’ resolution was passed by a 30-2 vote on Friday afternoon and, according to DNC Chair Tom Perez, states that the party “support[s] fossil fuel workers” and will accept donations from their “employers’ political action committees”.

This is just another example that many Dems are complicit in the utter failure of our government to fight climate change and instead line their pockets with fossil fuel money. This is is why it’s essential to VOTE and let your congresspeople know you won’t tolerate this.

Activists say the resolution is effectively a complete reversal of the party’s recently adopted fossil fuel ban. Perez, who served as Labor Secretary in the Obama administration, said the new measure was a commitment to organized labor and a pledge of “support [to] fossil fuel workers in an evolving energy economy”.

Perez said members of the labor community had voiced concerns over the June resolution, and called the ban an “attack on the working people in these industries”. However Perez claims the backtrack does not lessen the party’s commitment to combat climate change.

I’m a ride or die Democrat, but this is BS. No fossil fuel money! The Democratic Party needs to be an unwavering champion of the environment. Let’s make some noise, force the DNC to reconsider. https://t.co/ElXfc0pzoF

Honestly, these people are bound and determined to deflate and demobilize their base – and then blame the Russians when they lose. https://t.co/CgyeT2Vrqw

The news was not met well by democrats and environmental activists alike, who took to Twitter to vent their anger at the “spineless” committee for bowing to fossil fuel companies in order to benefit from their mined funds.

“I am furious that the DNC would effectively undo a resolution passed just two months ago just as the movement to ban fossil fuel corporate PAC money is growing (and Democrats are winning),” said Democratic Party activist R.L. Miller, a co-sponsor of the original resolution that banned fossil fuel PAC money, speaking to the Huffington Post.

This is a disappointing regression by @DNC when they have a real opportunity to show leadership by standing up to the fossil fuel executives who ceaselessly back Trump’s agenda. https://t.co/uKsXdhT408