Whistleblower Chelsea Manning has been released, after enduring seven years of imprisonment and torture. John Pilger, her legal team and activists tell RT what Manning’s release means to them, and the journey it took to get here.

May 17 doesn’t just signal freedom for Manning, it’s a date that many who have supported and fought for the whistleblower have been anticipating for a long time.

“I think I screamed with excitement into the phone and then I ran to tell my co-counsel, Vince Ward,” Manning’s lawyer Nancy Hollander said, recalling the moment she first heard Manning was to be released. “We hugged and I cried. I was so happy.”

“I was so pleased for Chelsea – of course – and in awe at Obama’s cynicism in presenting it as a humanitarian gesture,” award-winning investigative journalist John Pilger told RT.

“It was fantastic news and very special for me,” Kristinn Hrafnsson, an Icelandic journalist who worked with WikiLeaks on Manning’s leaks told RT. “It has been very hard to see her suffer under these conditions. She is one of the most important people in modern times, in my opinion.”

Lauri Love, who is at risk of extradition to the US for his alleged involvement in online protests over the death of hacker and activist Aaron Swartz, told RT his reaction to Manning’s release was one of “ecstatic jubilation – tempered by the apprehension that this act of clemency was an exceptional gesture,” rather than a “vitally necessary reversal of the US government’s policy of total war on whistleblowers.”

Manning intends to live in Maryland, the place where, in a Barnes & Noble in 2010, she began to send some of the “more significant documents of our time,” to WikiLeaks. She brought the information with her all the way from Baghdad, where she worked as an army intelligence analyst.

On April 5, the infamous ‘Collateral Murder’ video was posted by WikiLeaks, which showed the US military killing two Reuters journalists, as well as a man attempting to rescue one of the victims. Two of the man’s children were also injured.

“Manning can be extremely proud to have given these two children a little bit of justice through getting the truth out about how their father was murdered by the US military.” Hrafnsson said.

By May 2010, Manning had been arrested, after being turned in by hacker Adrian Lamo, to whom Manning confessed in what she thought was a confidential web chat.

That October, WikiLeaks began publishing almost 400,000 classified military documents from the Iraq War, detailing civilian casualties and Iraqi police and army abuses. In November, it started publishing a massive trove of State Department cables dating back to 1996. In April 2011, WikiLeaks released details of al-Qaeda operatives in Guantanamo Bay. In September that year, it published even more US diplomatic cables.

According to Pilger, the most significant findings revealed by Manning were “the pervasive homicidal violence detailed in the US military’s ‘after action reports’; the lying at all levels;  and the clear evidence that the great majority of prisoners at Guantanamo Bay had no real roles in so-called terrorism, and their kidnapping was a high crime.” 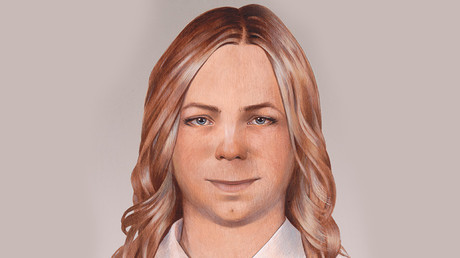 Love recalls feeling “thankful that WikiLeaks through the courageous alleged actions of Chelsea Manning was able to expose serious criminal wrongdoing in the US military and shed light on the realpolitik exposed by the diplomatic cables.”

After being held in solitary confinement in Kuwait and Quantico, Manning was transferred to a military prison in Kansas in April 2011, where she endured further punishment. In July 2013, Manning was convicted of 17 of the 22 charges brought against her, and was sentenced to 35 years in prison.

According to Hrafnsson, Manning’s “ridiculous sentence” reflected “the worry of the administration.”

In March 2012, the United Nations Special Rapporteur on Torture Juan Mendez ruled that the U.S. government’s treatment of Manning was cruel, inhuman, and degrading.

In 2016, Manning attempted suicide twice. The second attempt was as a result of being punished with solitary confinement for her first suicide attempt.

“I was distressed and worried about her,” Hollander said. “I provided as much support as I could to her to help her through this hard time.”

“I believe that prison leaves some scars and Chelsea will have to work through them,” she added.

Manning’s legal team, activists and organizations like the Courage Foundation and the Freedom of the Press Foundation worked tirelessly to support and fight for Manning.

“The Courage Foundation has campaigned vigorously for Chelsea’s release, as it does for other courageous whistleblowers,” Pilger said. “What Chelsea endured awaits another Courage beneficiary, Julian Assange, should he step outside the Ecuadorean embassy in London.”

“We desperately need the likes of the Courage Foundation and all other organizations providing support and advocacy to those who find themselves targeted by the state for acts of conscience and public service,” Love said.

In January 2017, Obama announced he would commute Manning’s sentence. To Manning’s supporters though, the gesture was too little, too late.

“Under Obama, Chelsea was made so desperate by her torture at the hands of a sadistic military regime clearly undeterred by the possibility of intervention by the Executive that she tried to take her own life,” Pilger said. “Obama could have stopped this medievalism; he didn’t.”

“Obama is currently pursuing a hugely lucrative PR design of himself as a ‘civilised’ President of the United States,” he added. “He was anything but; every Tuesday it was he who selected the names of those to be murdered by his drone terror campaign, resulting in crimes similar to those Chelsea revealed.”

“Chelsea’s freedom will be qualified. She must remain in the US military,” Pilger said, adding that, as she is still subject to the Uniform Code of Military Justice, it’s “intimidation not to speak out.”

“There are still courageous people driven by a sense of justice who feel it is important to do the right thing despite possible consequences which we have seen in recent years,” Hrafnsson said. “I am absolutely certain that we think we will see more of these leaks that will be a service to the general public.”