The stark change in tone from the government as Brexit approaches doesn’t bode well for the watching public. Where once Brexiteers vowed to ‘take back control,’ now they’re just promising to keep everyone fed.

Whatever else Dominic Raab does as the new minister for Brexit, it’s likely he’ll alway be remembered for his attempt to ease public concerns over a hard Brexit by promising that the government will ensure “there is adequate food supply.” 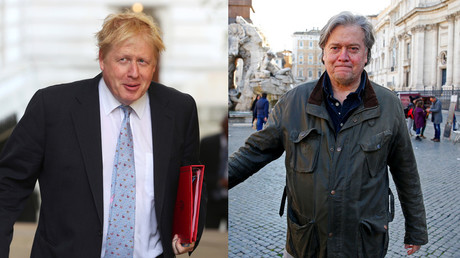 Someone – probably Boris Johnson – should tell Raab that Brexit is all about bravado and pithy soundbites that can be reprinted on the front pages of tabloid ad infinitum. ‘Adequate’ just isn’t going to cut it.

It’s often hard to know how well Brexit is going, as no nation has ever attempted to leave the EU before. But it can’t be good sign if a cabinet member starts talking about stockpiling food.

Despite being one of the richest countries in the world, Raab saw fit to warn the public that, should a hard Brexit happen: “we will look at the issue in the round and make sure there is adequate food supply.” The days of ‘taking back control’ are far behind us.

The promise to ‘stockpile food’ threatens to live long in the collective British public memory. The likes of Boris Johnson, Michael Gove, Nigel Farage and other pro-Brexit cadres are already firmly lodged there.

Johnson left a lot to be desired as foreign secretary, but for a quote, he never lets you down. BoJo – a former journalist – knows what reporters want and makes sure he is never far from the front pages. 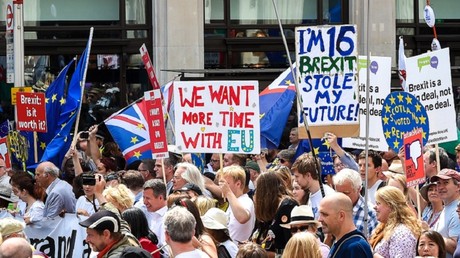 On Brexit, Johnson delighted the tabloids by infamously told Brussels to “go whistle” after they demanded the UK pay a post-EU exit bill. He also belittled Labour leader Jeremy Corbyn’s negotiation ability saying he had “the authority of a smacked blancmange.”

One of the more demure Brexiteers, Gove has kept his cards close to his chest following his infamous stabbing in the back of the aforementioned Johnson, when they vyed respectively to become Tory leader.

The current environment secretary didn’t hold back during the referendum campaign when he infamously said of economists warning against Brexit: “people in this country have had enough of experts.”

You’d be forgiven for forgetting this one, when Paul Nuttall – just one of the many British citizens to have been leader of UKIP – evoked one of the most lauded men in history, stating: “It is a bit like the Gandhi thing — first they laugh at you, then they attack you, and then you win.” He’s no longer the leader of UKIP.

A more memorable UKIP leader is Nigel Farage. In a somewhat prescient statement, likely to cheer Remainers, Farage warned ahead of the vote that “in a 52-48 referendum this would be unfinished business.” Of course at that point he thought was about to lose.  But then again, with a hard Brexit looming and the front pages  awash with warnings of civil unrest and food shortages, perhaps he was right.