UK viewers will no longer be able to view Fox News following a decision by 21st Century Fox to drop it from the Sky satellite television platform.

In a statement, Fox did not reference their UK regulatory review, claiming instead that low viewership was to blame. 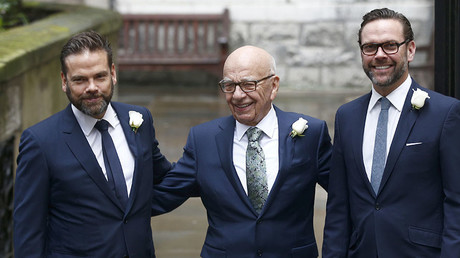 “We have concluded that it is not in our commercial interest to continue providing Fox News in the UK,” the company said in a statement, cited by Variety. Fox claimed its viewership “averages only a few thousand” in the UK as it is mainly focused on the US market.

Fox News’ holding company, 21st Century Fox, owns a 39 percent share in Sky whose current contract to broadcast Fox News was due to expire at the end of the year.

The company is currently involved in a takeover bid for the remaining 61 percent of Sky, a deal that has been slowed down by UK Culture Secretary Karen Bradley, who is debating whether to launch an antitrust investigation into the deal.

If successful, the Murdoch family would have full control of Sky News, as well as the Times, Sunday Times and Sun newspapers and radio group TalkSport, through their separate company News Corp.

Fox News is reeling from multiple allegations of sexual assault, harassment and discrimination by senior executives and anchors.

In addition, Roger Ailes, the founder and one-time chairman of Fox News who helped sculpt the brand, died earlier this year. Even in the US, the network’s ratings have slipped significantly as confidence in the fourth estate continues to wane.