Shortly after a Labour disciplinary panel upheld anti-Semitic charges against him, the former London mayor said we would not apologize for his remarks made in April last year regarding Hitler and Zionism.

Speaking on LBC radio on Wednesday, Livingstone said: “My job is to tell the truth and I’m going to keep at it until the day I pop my clogs.”

“It is deeply disappointing that, despite his long record of standing up to racism, Ken has failed to acknowledge or apologize for the hurt he has caused,” Corbyn said in a statement.

“Many people are understandably upset that he has continued to make offensive remarks which could open him to further disciplinary action.”

Asked whether he thought Livingstone, who has been a Labour Party member for 50 years, should take part in local council elections, the left-wing leader said: “I think with Ken it is best he keeps quiet for a while.”

But Livingstone said during the LBC interview that Corbyn was pushed to make the statement by “forces” in and out of Labour.

Corbyn’s statement comes as Britain’s main opposition party faces fierce backlash over its decision to merely suspend Livingstone for his comments rather than expel him altogether.

Labour deputy leader Tom Watson said he finds it “incomprehensible” that Livingstone has not been expelled from the party.

He also said he agrees with Chief Rabbi Ephraim Mirvis, who said Labour has “failed the Jewish Community.” 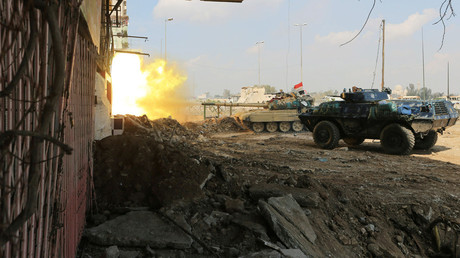 “It isn’t just Jewish people who feel disgusted and offended by what Mr Livingstone said and by the way he has conducted himself over this matter,” Watson wrote on Twitter. He said it had “failed its members” and that it is falling short of “its commitment to have a zero tolerance approach to anti-Semitism.”

Livingstone has repeatedly refused to apologize for his claims that the leader of the Third Reich made a “deal with the Zionists.”

He told reporters straight after the hearing on Tuesday that he cannot apologize for speaking the truth.

“If I’d said Hitler was a Zionist, I would say sorry. You can’t apologize for telling the truth.

“I apologize for the offense caused by those Labour MPs who lied.

“In the weeks after I was suspended I had hundreds of people stopping me in the street saying, ‘Don’t give in.’”

Labour MP Wes Streeting hit back at Livingstone for failing to apologize.

“Your poor judgement, crass remarks and lack of apology brings the Labour Party into disrepute,” the MP said, according to the BBC.

Shami Chakrabarti, who chaired the investigation after being appointed to the House of Lords by Corbyn, also suggested the ex-mayor may risk further scrutiny.

The row comes amid wider criticism that Corbyn, who has long campaigned for Palestinian rights, is causing an anti-Semitism problem within the party.

“This was a chance for the Labour Party to show that it would not tolerate wilful and unapologetic baiting of the Jewish community, by shamefully using the Holocaust as a tool with which to inflict the maximum amount of offence,” the chief rabbi remarked following news of Livingstone’s suspension.

“Worryingly, the party has yet again failed to show that it is sufficiently serious about tackling the scourge of anti-Semitism,” he said, according to the Guardian.