Bernard Kerik, who led the New York Police Department during the 9/11 attacks, walked off a CNN set and accused the network of using a series of attempted pipe bomb attacks to push its own anti-Trump agenda.

Kerik had been scheduled to appear as part of a panel on CNN, to discuss the series of suspected pipe bombs mailed to top Democratic officials and to CNN’s New York studio, he told right-wing news site Breitbart on Thursday.

However, as Kerik prepared to speak, CNN higher-ups abruptly put his slot on hold, and switched to covering former CIA Director John Brennan, who launched into a diatribe about how President Donald Trump was to blame for the attacks, and how his anti-media rhetoric “emboldened individuals to take matters into their own hands” and leads to “acts of violence.”

The suspicious package sent to CNN’s studio was addressed to Brennan himself, who since leaving the CIA now appears regularly on CNN and MSNBC to discuss national security and bash the president.

“As somebody that led through the worst terror attack in our country’s history, and knows how important unity is… I just found it appalling that CNN would use this time to let this guy go on this political rant about the president, and I walked off,” Kerik told Breitbart. “I took off the earpiece and the mic and I left. I can’t stand it. It just turns my stomach what these people are doing, and it’s wrong.”

NOTE TO. @CNN… 6 explosive devices were seized over the last two days destined to kill Americans, and all you guys are concerned with is @JohnBrennan’s bashing @POTUS@realDonaldTrump. Today is the day we should have unity not divisiveness. I want no part of it.

New York Mayor Bill De Blasio condemned the suspect or suspects’ targeting of CNN as an attempt “to undermine our free press and leaders of our country through acts of violence.” CNN president Jeff Zucker also used the opportunity to hammer Trump, saying “there is a total and complete lack of understanding at the White House about the seriousness of their continued attacks on the media.”

Both Trump and CNN have continued to feud in the wake of the incident. In a Thursday morning tweet, Trump wrote that “purposely false and inaccurate reporting” by the mainstream media was a “very big part” of the anger some Americans were feeling about politics. CNN’s Jerry Diamond hit back at Trump for “continuing to smear & malign the news media a day after a pipe bomb was delivered to CNN,” and defended his network’s reporting standards.

The President is continuing to smear & malign the news media a day after a pipe bomb was delivered to CNN. Mainstream news organizations do not publish “purposefully false and inaccurate reporting.” https://t.co/Du3sxGsUaT

The device mailed to CNN was accompanied by a small amount of white powder, also believed to be explosive, but later ruled harmless, according to the Associated Press. Law enforcement agencies initially treated the device as live, but subsequent reporting indicates that it may be non-functional.

Kerik also blasted CNN for failing to properly condemn Democratic officials’ calls for confrontation with Trump administration officials, including California Rep. Maxine Waters’ exhortation to “push back” and “tell them they’re not welcome anymore, anywhere,” and former Attorney General Eric Holder’s declaration that “when they go low, we kick them.” 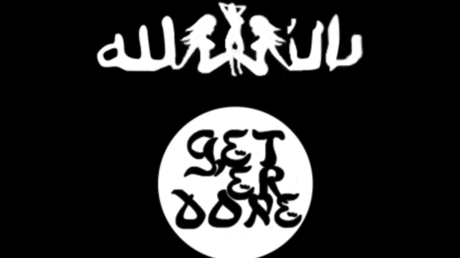 “They [CNN] make themselves out to be this group or this organization that’s trying to help when they are more divisive than anything else I’ve heard. It’s just wrong,” he said.

Whatever the political implications, Kerik did say that he reckons authorities will likely apprehend the suspect within a few days. The retired cop told Breitbart that modern technology, including forensic evidence from the packages themselves and cell phone data from each of the postal locations, will “put the hand of the bad guy right in their hand.”

“I would predict, based on what I’ve seen, that the investigators will have a target in sight within two or three days,” he speculated, adding: “They know what they’re doing, what they’re looking for, and how they’re going to get there.”

While Kerik’s experience means he knows the world of law enforcement inside out, he has also been on the other side of the law in the past. While lauded by then-Mayor Rudy Giuliani for bringing about a massive reduction in crime in 2001, Kerik was sentenced to four years in jail for corruption and tax fraud in 2010.