A federal jury has found former Los Angeles County sheriff Lee Baca guilty of corruption charges. He previously avoided conviction when a mistrial was declared. Now the prominent law enforcement leader could be behind bars for two decades.

After two full days of jury deliberations, a unanimous verdict was handed down against Baca on Wednesday, finding him guilty of assisting in the obstruction of a 2011 FBI investigation into LA County jail guards brutally beating inmates, taking bribes and lying to federal agents about it. 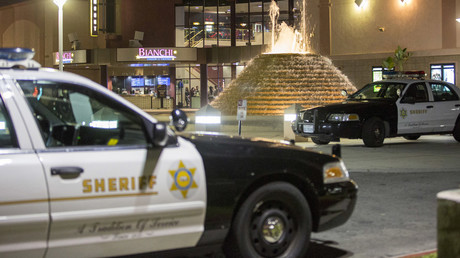 Baca, 74, himself was also determined to have been lying about his role in the obstruction, which prosecutors said was ordered from the top in the nation’s largest sheriff’s department.

During the trial, Assistant US Attorney Lizabeth Rhodes said, “when defendant Baca learned the FBI and a federal grand jury was investigating, he obstructed and when he learned the FBI has turned its focus on him, he lied,” KABC reported.

Defense attorney Nathan Hochman told jurors there was “no evidence Sheriff Baca gave orders to obstruct the FBI,” according to KABC.

This was Baca’s second trial on corruption charges. The first was declared a mistrial in December when one juror out of 12 refused to vote for acquittal.

Upon learning that the FBI had an informant inmate in the LA County jail system, guards secretly moved the informant and lied to FBI agents about his whereabouts. In September 2011, a female FBI agent working the probe was threatened with arrest at her own home by two sergeants from the LA Sheriff’s Department. Former Los Angeles Times reporter, Robert Faturechi, told jurors in the first trial that Baca had told him in an interview that he “directed” the sergeants to initiate the encounter.

Baca was sheriff from 1998 to 2014, when he retired as news of the jail guard scandal broke. He is the eighth department official to be convicted in the FBI’s probe, according to KCBS.

Baca is also reportedly to be in the early stages of Alzheimer’s disease.