Muslim groups have voiced their anger over the appointment of the UK’s first counter-extremism commissioner. Sara Khan, a practicing Muslim, has been called as a ‘mouthpiece’ for the state due to her links to the Prevent program.

A petition containing signatures from 100 Muslim organizations and scholars has called for Khan to step down from her new role as head of the Commission for Countering Extremism, amid questions about her independence.

Signatories include the grassroots organization Muslim Engagement and Development (MEND), which has previously been criticized by Khan, and the Muslim Council of Britain.

It is understood that Muslim groups are upset at the appointment because of Khan’s support for the Prevent program – a government-run anti-radicalization scheme designed to tackle violent extremism. 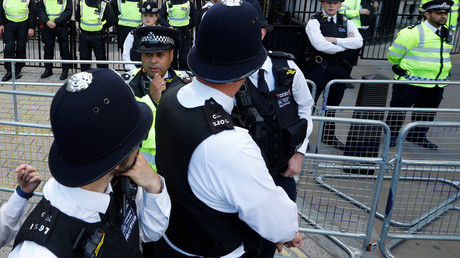 Prevent has been widely criticized as having the opposite to its intended effect. Human rights activist Maina Kiai warned against the program.

“By dividing, stigmatizing and alienating segments of the population, Prevent could end up promoting extremism, rather than countering it,” he said.

“I heard reports of teachers being reported for innocuous comments in class, for example.

“The specter of Big Brother is so large, in fact, that I was informed that some families are afraid of discussing the negative effects of terrorism in their own homes, fearing their children would talk about it at school and have their intentions misconstrued.”

Further concern over Khan’s impartiality has been raised due to her previous work for Inspire – a human rights-focused Muslim women’s campaign group founded by Khan herself. Inspire has played a significant role in Home Office-promoted counter-extremism campaigns.

The petition outlining concerns over Khan’s appointment says that she has “no grassroots credibility within the Muslim community” and lacks both the academic background and the serious practical experience to take up such a post.

“Ms Khan has lacked transparency over the years with ‘conflict of interests’ arising between her organisation, Inspire, and public bodies,” the letter says.

Former chairwoman of the Conservative Party Baroness Warsi labelled Khan a “mouthpiece” of the UK government. Warsi also said the decision to place Khan in the counter-extremism commissioner position was “deeply disturbing.”

2/4
“Sara has unfortunately been a strong advocate of the governments policy of disengagement, a policy which many,including members of the police and intelligence services, consider has damaged the important battle to engage Britains Muslim communities”

3/4
“For the Commissioner to be effective the person had to be an independent thinker, both connected to and respected by a cross section of British Muslims.
Sara is sadly seen by many as simply a creation of and mouthpiece for the Home Office”

4/4
“The opaqueness surrounding her relationship with the Home Office was the subject of questions at the Home Affairs Select Committee, questions which have still not been addressed.
This misjudged appointment will regrettably hinder not help the fight against extremism”

“The fight against terrorism requires equal partnership between all parties, including Muslim communities,” he said.

“This appointment risks sending a clear and alarming message that the government has no intention of doing so.”

The commission will be given the task of identifying extremism, whilst providing support and training to schools and colleges to help them identify the warning signs of radicalization. The commission will also advise ministers on policies, and will have a special responsibility to ensure that women’s rights are upheld.

Responding to criticism of the appointment, Prime Minister Theresa May’s spokesman said: “Sara Khan is expertly qualified to lead the important work of the new Commission for Countering Extremism and she will bring a wealth of experience and knowledge to the commission.”