A Grenfell survivor has slammed plans to return the infamous tower block to the Royal Borough of Kensington and Chelsea council as a “slap in the face,” saying it would “exclude” it from liability for the fire that killed 72.

The 24-storey block in west London is apparently set to return to Kensington and Chelsea despite opposition among the local community, many of whom hold the local government responsible for the June 2017 disaster.

Alison Moses, who escaped from her flat on the fourth floor of the high-rise building north Kensington tower, told RT the move would “exclude the council from liability.” 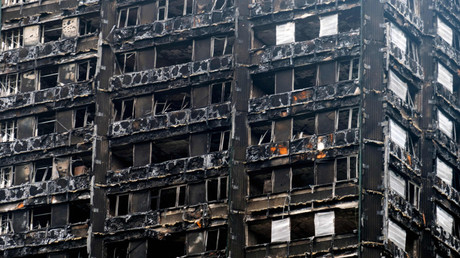 “You can’t give the tower back to the very same people who have caused so many deaths and so many people to be without a home.

“That doesn’t sound right to me. They need to hand power back to the community and survivors so we can control what happens to it.”

According to the Guardian, the block is set to be handed back to the council as the police’s investigation comes to an end and the site will no longer be designated as a crime scene.

Moses said the community has “right from the start” wished for the tower to become a memorial site, but said Kensington and Chelsea would likely scupper their plans.

Returning the building to the very same ones who should be taken to task over the fire, Moses, said, would be “a slap in the face for all survivors and those who didn’t survive.” 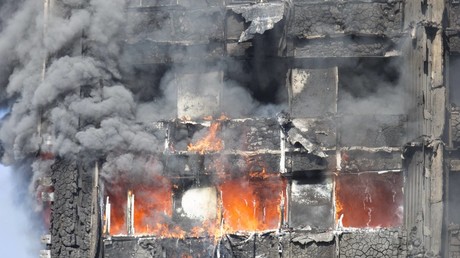 A document by the Ministry of Housing, Communities and Local Government, however, claimed the Kensington and Chelsea, backed by N.10, has no future plans for the site, and that “the future of the site will be determined by the community.”

As Kensington and Chelsea spent the past year trying to rebuild residents’ trust, its chiefs have in fact expressed reservations at regaining control of the site.

A spokesman for the Royal Borough of Kensington and Chelsea (RBKC) said: “It is right that the Grenfell community – the bereaved, survivors and residents – decides on the future of the tower site. They must have full control to shape the legacy of Grenfell following this tragedy.

“The council’s only role should be to help make this happen. Earlier this year we signed up to a set of principles with the government committing to this and our position has not, nor will, change. The community decides,” a statement published by the Guardian read.

Either way, it is understood that an independent management organization which has ran the Grenfell site since 2017 will carry on doing so, at the cost of £1mn a week, even after responsibility is handed back to the borough.

A Metropolitan police spokesman said: “The MPS is currently working with RBKC, London councils and central government departments to identify who will take responsibility for the tower when it is no longer a crime scene. It is anticipated that the tower will be released as a crime scene in July or August 2018.”