Trump has tapped Haspel to take over as the agency’s next director after current director Mike Pompeo leaves to replace Rex Tillerson as Secretary of State.

“As we move forward with the nomination process for Ms. Haspel, my fellow senators and I must have the complete picture of Ms. Haspel’s involvement in the program in order to fully and fairly review her record and qualifications,” Feinstein wrote in a letter to Pompeo and Haspel. 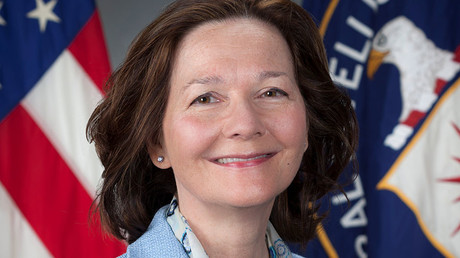 Haspel was reportedly intimately involved with the Bush-era torture program, overseeing a secret US “black site” in Thailand where prisoners were abused and waterboarded. She also participated in the destruction of videotapes of the torture sessions.

Former CIA operative and whistleblower John Kiriakou has accused Haspel and others like her of torturing people because they “enjoyed” doing it. “They tortured just for the sake of torture, not for the sake of gathering information,” he said. Kiriakou also said Haspel was known to some of her colleagues as “Bloody Gina,” adding she should be “in the dock at the Hague,” not in the CIA director’s office.

One case involved the torture of Abu Zubaydah at the Thai black site Haspel ran. Zubaydah was subjected to extreme forms of torture, including confinement in a coffin-like box, waterboarding, being denied sleep and being slammed into walls.

The American people “deserve to know the actual role the person nominated to be director of the CIA played in what I consider to be one of the darkest chapters in American history,” Feinstein wrote, without specifically ruling out supporting Haspel’s nomination.

On Wednesday, Senator John McCain (R-Arizona), who was tortured as a prisoner of war during the Vietnam War, condemned Trump’s choice of Haspel to head the CIA.

“Ms. Haspel needs to explain the nature and extent of her involvement in the CIA’s interrogation program during the confirmation process,” McCain said, adding that the Bush administration “squandered precious moral authority” to obtain information.

The American Civil Liberties Union also condemned her nomination, saying Haspel was “up to her eyeballs in torture”.

If she is confirmed by the Senate, Haspel will become the first woman to lead the intelligence agency.