A video of a man urinating on equipment used to move Kellogg’s rice cereal products went viral over the weekend, but more serious consequences could be pending for both the company and the offending employee. A criminal investigation is underway.

The Kellogg Company was made aware of the footage shortly after it was posted on the viral video site World Star Hip Hop, although Kellogg’s told Associated Press that they were able to determine the video was recorded in 2014 at a Memphis, Tennessee plant. The company’s internal analysts based the finding on the factory equipment, which they said was different from their current setup. 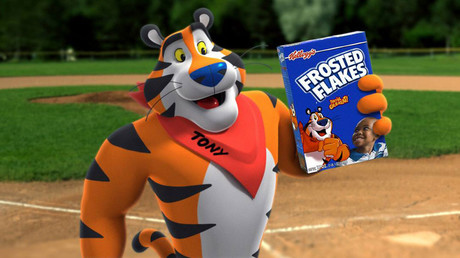 Since Kellogg’s contacted the US Food and Drug Administration, the agency’s Office of Criminal Investigations has opened its own case. The offending employee remains unidentified.

That the graphic video is roughly two years old is not likely to comfort consumers, but Kellogg’s, in a public statement, said, “it is important to note that any products that could be potentially impacted would be very limited and past their expiration dates.”

Rice Krispies Treats, granola clusters, and since-discontinued puffed rice treats were the products listed by the company as what was transported by the sullied equipment.

“Kellogg’s takes this situation very seriously and we were shocked and deeply disappointed by this video that we learned of,” the company said in its statement.

“While this behavior is disgusting and criminal, this type of situation is a food quality issue and does not present a food safety risk,” Paul Norman, president of Kellogg North America, said in a statement.

Between October 2013 and August 11, 2014, Kellogg’s locked out about 225 unionized employees from the Memphis plant until a judge ordered the lockout be ended. The labor dispute began when Kellogg’s tried to bring in new non-union employees who would accept a lower wage than the average $28 per hour, according to Dow Jones Business News.

Because there is no more specific information on when the 2014 video was taken, it remains unclear how related the labor dispute was to the offending employee.

“I’m not saying it wasn’t one of my guys, but we’re almost sure it was one of the scabs,” Kellogg’s Memphis plant employee Kay Davis told The Commercial Appeal, a local newspaper.