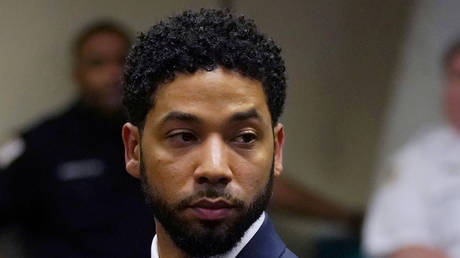 The FBI is reportedly reviewing the surprise dismissal of 16 felony charges against ‘Empire’ actor Jussie Smollett stemming from the hate crime hoax he staged in January, after his near-exoneration outraged local authorities.

The agency opened an inquiry into “circumstances surrounding dismissal of criminal charges” against Smollett after Chicago mayor Rahm Emanuel and the city’s police department demanded answers regarding the slap on the wrist the fraudster received for perpetrating the elaborate hoax, according to ABC Chicago, which specified the FBI was doing a “review” or “inquiry” rather than a full-scale “investigation.”

BREAKING: Two law enforcement officials briefed on the matter tell @ABC the FBI is *reviewing* circumstances surrounding dismissal of criminal charges against Jussie Smollett. ABC News is told this is not an investigation. It is a “review” or “inquiry”.

Not only was Smollett not held accountable for wasting thousands of man-hours of the Chicago PD’s time and money – no small matter in such a high-crime city – but his record was sealed and the charges dropped. Smollett merely forfeited his $10,000 bond and completed 16 hours of community service. After leaving the hearing – which would have happened in secrecy if not for a last-minute media tipoff by a publicist – the actor even boasted he’d been “truthful and consistent from day one” and thanked the state for “attempting to do what’s right” by dropping the charges.


State’s Attorney Kim Foxx, facing a massive public backlash for allowing Smollett to skate on 16 felonies, claimed her office didn’t ask for his file to be sealed, but couldn’t explain how it had happened, stating it must have been done “inadvertently” and was “probably” in the process of being unsealed. Chicago PD delivered a trove of documentation on the case to reporters in response to a FOIA request before the record was sealed, though an additional gag order has reportedly kept an “8 inch thick” investigative file back from that document dump.

Foxx recused herself from Smollett’s prosecution following reports that she had attempted to have the initial “hate crime” investigation transferred to the FBI, calling Chicago Police Superintendent Eddie Johnson to plead with him to turn over the case. Leaked text messages showed Foxx was initially contacted on Smollett’s behalf by former Obama aide Tina Tchen.

First Assistant State’s Attorney Joseph Magats called the decision to let Smollett off lightly a “just disposition and appropriate resolution to the case,” pointing to his lack of criminal record and the fact that deferred prosecution doesn’t require an admission of guilt.

Magats’ predecessor Eric Sussman, however, joined Emanuel in condemning the decision as a “whitewash,” adding, “It makes you think there’s some evidence or something that they don’t want out.”


The FBI is reportedly still investigating whether Smollett mailed a threatening letter, complete with hand-drawn noose and fake anthrax, to himself at Fox’s Empire studios. Smollett was indicted last month on 16 counts of felony disorderly conduct for lying to police and filing a fake police report after staging a bogus “hate crime” in which two masked men beat him up, yelled racial and homophobic slurs, put a noose around his neck, and poured bleach on him, topping off their brutality by yelling “This is MAGA country!” and disappearing into the night. Smollett’s story quickly began to unravel when police questioned the two Nigerian bodybuilder brothers Smollett had paid to “attack” him.