An ISIS admirer who claimed to be “inspired” by the Pittsburgh synagogue shooting in October was arrested by FBI agents posing as his co-conspirators as he plotted to carry out a similar attack in Toledo, Ohio.

Damon Joseph “wanted to kill a rabbi” and shoot any police who responded to the attack he was planning on two local synagogues, according to the FBI, which helped him secure the weapons he needed for the plot. Inspired equally by Islamic State (IS, formerly ISIS/ISIL) terrorist propaganda and the recent mass shooting at a synagogue in the Squirrel Hill neighborhood of Pittsburgh, Joseph planned to rush into a synagogue, guns blazing, and inflict as many casualties as possible.

Because of a previous conviction, Joseph was unable to purchase the AR-15 rifles he wanted to use in the attack on his own – the undercover agent had to supply them. FBI agents arrested him on Friday night, shortly after handing him the guns, which had been disabled so as not to pose a danger to the public, according to a Department of Justice press release. 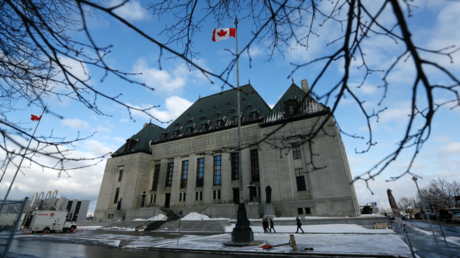 Joseph faces 20 years in prison if found guilty. He is charged with one count of attempting to provide material support for the IS terrorist group.

Joseph told the undercover agent he “admire[d] what the guy did with the shooting” in Pittsburgh in which 11 people were killed. “I could see myself carrying out this type of operation,” he said.

Joseph had been under law enforcement surveillance since May when he reposted photos of weapons on his social media accounts that had originally been posted by the Islamic State. He also expressed “hatred” for Christians, Catholics, gays, and Jews and exchanged multiple messages with undercover agents. In addition to making recruiting videos he hoped the terrorist group would use to attract supporters and expressing his support for “martyrdom operations,” Joseph complained his local mosque was critical of the Islamic State.

While Joseph paid lip service to the idea of martyrdom, he wasn’t so big on it for himself, as the plan of attack he shared with his handlers involved him escaping to safety after inflicting “maximum damage” on the synagogue congregation. Equipped with photographs of the interior of the synagogue, he told the agent he planned to attack on the Sabbath “so that more people would be present,” adding “Go big or go home.”