A senior FBI official had $60 in cash, his $6,000 Rolex and a Glock handgun stolen from him after he took a woman to his hotel room during an alcohol-fueled night.

In July, Robert Manson, a unit chief at the FBI’s international terrorism section, had been drinking with the woman at the Westin Hotel bar in Charlotte, North Carolina. That night, Manson took the woman to his room at the Westin. The next day, he woke up in the hotel room and noticed the items were missing, according to a police report obtained by the New York Times. 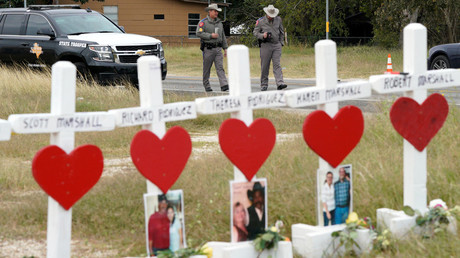 Before the embarrassing episode, Manson and other senior agents were in Charlotte for training, according to an unnamed law enforcement official familiar with the matter, but not authorized to discuss it publicly, the Times reported.

The agents notified police that after their drills, they had been drinking with women who claimed to be exotic dancers, according to a second unnamed person who was briefed on the investigation, but also not authorized to discuss it publicly.

The police report states the theft of Manson’s items occurred between 2am and 5am, and was initially filed by fellow agent, Kevin Thuman. The report also mentions that the hotel bar closed at 2am.

At 6:30am on the morning following Manson’s encounter with the woman, the report says police officers were called to the Westin Hotel, where the FBI unit head was incapacitated due to alcohol consumption.

The police report provides little detail, only referring to the alleged thief as “an unknown suspect.” No arrests have been made in relation to the incident and none of the stolen items have been recovered. The gun stolen from Manson’s possession was a Glock 27, a compact model that is easy to conceal.

An internal investigation is underway, as the bureau tries to gain further information of the incident, Michael P Kortan, an FBI spokesman said, the Times reported.

“Investigators determined that the victim, Robert Manson, met a woman in the hotel bar the prior night and took her back to his hotel room,” said Robert Tufano, spokesman for the Charlotte-Mecklenburg Police Department, according to the Times. Tufano also said that Manson “was not acting in a law enforcement capacity at the time of the incident.”

Federal law allows agents to carry concealed weapons while off duty, but they are not legally allowed to be strapped while intoxicated, according to the Times.

It is not clear where Manson kept the gun before it was allegedly stolen by the woman, but FBI rules prohibit agents from leaving their guns in places that are not secure. It should be noted that every room in the Charlotte Westin is equipped with a safe, the Times reported.

The police report obtained by the Times does not mention Manson’s work for the FBI.

Earlier this year, another FBI agent was cited in an internal review following an incident in which the agent’s family member accidentally shot him while handing the agent his gun.