Last week it was widely reported that a former Soviet and Russian military intelligence officer Sergey Skripal, working for MI6 since 1995, convicted in Russia of high treason in 2006 and released to UK under the 2010 US-Russia spy swap, was found unconscience with his daughter on a public bench near a shopping center in Salisbury, Wiltshire, England. The British media and its eccentric foreign minister were swift blaming Russian secret services in attempting to assassinate Skripal, who up to now is still in a coma in Salisbury District Hospital. During the past week the British press histeria escalated and even made PM Theresa May come out with a ridiculous statement on the issue on Thursday. 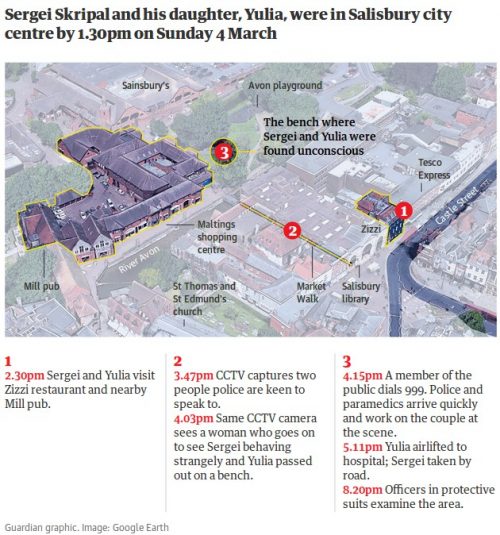 This tragic case amended the sequence of suspicious and still unresolved cases of deaths in Britain of the valuable MI6 assets of Russian origin: Alexander Litvinenko (2006), Alexander Perepеlichny (2012) and Boris Berezovsky (2013).

Former officer of the Russian FSB secret service who was in charge of surveillance and later protection of the oligarch and government official Boris Berezovsky in the 1990s, defected to Britain in November 2000, soon after Russian prosecutors revived the Aeroflot fraud investigation and Berezovsky was again questioned in court.  That was the season when the oligarch’s empire was ruining under the consistent legal actions of the Russian authorities. Berezovsky clearly realised that sooner or later he will be jailed in…