A new generation of robots is being readied to fill a labor shortage on Britain’s farms expected post-Brexit. One of its developers says he envisions a future where a farmer is a “shepherd with a flock of robots.”

The robot, called Thorvald, has been designed to do unskilled but laborious tasks and has reportedly mastered a variety of farm jobs. It can carry strawberry plants to human pickers, sparing them miles of walking through vast fields, and is able to pass over plants with ultraviolet lights to kill mildew that might otherwise spoil as much as half of the crop. 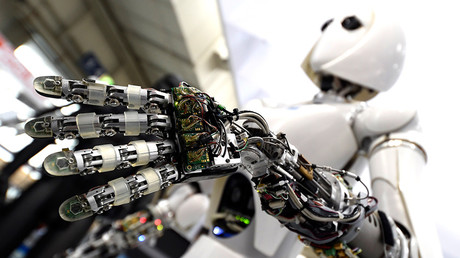 “They have the potential, really, to do any task in agriculture,” Thorvald’s creator, Pal Johan From, a robotics professor from the University of Lincoln, told the Financial Times.

He added that potential labor shortages brought about by Brexit were “the main motivation for [developing Thorvald] – it’s a huge concern.”

“[The unnamed investors of Thorvald] are more or less desperate because they don’t know what the situation will be in two or three years,” he added.

However, it could still be 10 years before robots master how to pick some fruits such as strawberries and raspberries without causing them damage, From says.

Britain faces a looming crisis in the farming industry linked to immigration once the UK leaves the EU. The UK’s horticultural sector relies heavily on seasonal migrant workers to carry out labor-intensive tasks such as fruit-picking. A large majority of those workers come from the EU and may be unable to receive working visas post-Brexit.

Tom Duckett, a Lincoln computer scientist who is working on Thorvald, says he envisions a future where a farmer will be a “shepherd with a flock of robots.”

Thorvald comes as a survey was released showing the majority of Britons are broadly optimistic about the arrival of artificial intelligence (AI), despite warnings it could cause mass unemployment, devalue the human experience and even result in an apocalyptic world run by machines. 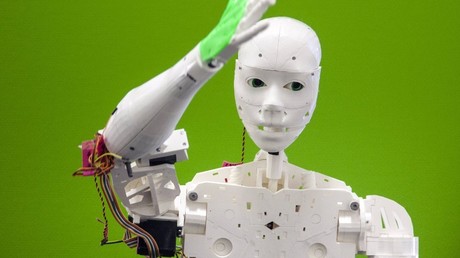 Research by the polling firm Ipsos Mori found nearly one in three people thought the risks of “machine learning” outweigh the benefits, while 36 percent believe the risks and benefits are balanced.

The survey found support for machine learning – the technology that underpins banking software to detect unusual transactions, recommendations made by Netflix and Amazon and email spam filters – depended on its purpose.

People are generally positive about the technology for improving medical treatments, personalizing education, voice recognition on cell phones and guiding driverless cars, the survey showed. There was also support for facial recognition systems that learn to recognize criminals’ faces from CCTV footage, with 61 percent believing the benefits outweigh the risks.

There was little enthusiasm, however, for military robots that use the technology to make their own decisions, with only 22 percent believing the benefits outweighed the risks. People were also wary of computers that learned to play the stock market, with only 18 percent in favor.

Scientists such as famed physicist Stephen Hawking have warned that sentient computers, able to think and learn for themselves, could enslave humans or wipe us out if not developed carefully.