The UK’s press regulator has developed a new symbol to fight fake news. Papers who are members of the watchdog can use it, and it will come in useful because many of them have previously been accused of spreading false stories.

The Independent Press Standards Organisation (IPSO), which regulates newspapers and magazines, said the visual symbol “can be used by all its publications to show their commitment to professional standards and an edited, regulated product.”

The Sun, Daily Mail, the Times, and the Sunday Times have all been formally accused of spreading fake news in the past – and all are regulated by IPSO. 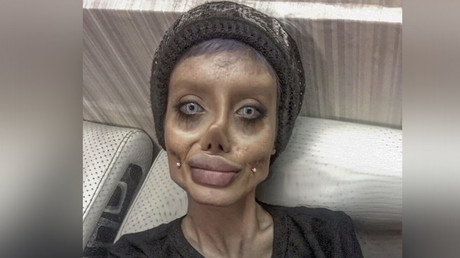 IPSO publications have had accuracy complaints made against them 24,383 times, according to the watchdog’s website. The Sun has had 55 formal complaints made to IPSO about accuracy, the Daily Mail has had 51, the Times, 50; the Sunday Times has had 11, and The Telegraph has amassed 40 complaints.

In April, tabloid publication the Daily Mail was forced to publish an apology and pay damages to the First Lady of the United States after they published an article which inferred the current first lady had a much darker past. The Daily Mail had insinuated that her modeling career actually included services “beyond simply modelling” – in other words, they inferred that the president’s wife had worked as an escort in the 1990s.

On November 23, 2015, The Sun’s story ‘1 in 5 Brit Muslims’ sympathy for jihadis’ sparked an unprecedented 3,000 complaints to IPSO. The media watchdog ruled that the tabloid’s “coverage was significantly misleading.” But that isn’t the only apology the Sun has had to make in recent years. In fact, there is a whole Twitter feed devoted to ensuring that “The Sun newspaper’s apologies are read far and wide.”

Ironically, the Sunday Times, which has attracted 11 IPSO complaints about accuracy, accused RT in February of spreading fake news. The Sunday Mail published a story entitled “UK advertisers shun ‘Putin’ TV channel,” and reported that the Chairman of the Commons Culture, Media and Sport Select Committee Damian Collins MP had “called for all British companies to boycott the ‘disinformation and propaganda’ channel.’”

IPSO chief executive Matt Tee said that IPSO members can now display their anti-fake news mark on their publication, to show they are a genuine news source.

“I strongly believe that IPSO membership helps our publishers distinguish themselves from the unregulated, thereby demonstrating that they choose to hold themselves accountable to higher standards,” Tee said in a statement.

“The newspaper and magazine industry faces a number of complex challenges over the short term and I firmly believe that one of the ways in which it can thrive and prosper is by its commitment to independent, effective regulation. That means IPSO, and that’s why I’m proud that so many of our member publications will proudly display our mark on their pages.”