Presidential candidates in 2020 won’t be able to rely on ‘embedded’ Facebook staff, the Menlo Park company declared. Hillary Clinton’s campaign declined this help in 2016, letting her rival Donald Trump leverage it to victory.

Facebook will still offer technical support to candidate headquarters, as well as basic training on how to use the platform, but will not have any staffers “embedded” in campaigns as it did in 2016, Bloomberg reported.

This kind of support helped then-candidate Trump spread his message in 2016, his digital director Brad Parscale said in an interview, referring to Facebook staff as “embeds.” Facebook has quibbled with his choice of words and eventually decided to scrap the program, under tremendous pressure from Congress to “do something” about its influence over US elections.

Clinton’s surprise defeat led to accusations of “Russian collusion” and “meddling” in social media, with numerous news outfits leading the witch hunt for “Russian bots and trolls” on Facebook and Twitter. After CEO Mark Zuckerberg was grilled by Congress in April, Facebook said in its follow-up response that it offered the same support to the Clinton camp as it did to Trump, but that the Democrats declined. 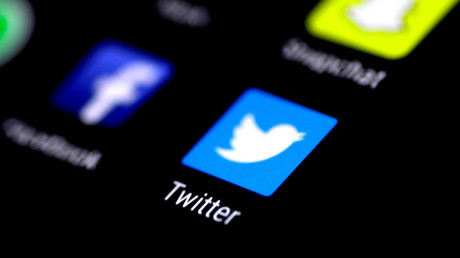 Facebook also concluded that the Trump campaign was simply better at using Facebook, and “better leveraged” the platform to its advantage, according to an internal analysis reported by Bloomberg. The Trump campaign also spent more money on Facebook ads, coughing up $44 million between June and November 2016, as opposed to Clinton’s $28 million.

Amid Democrat-led furor over a handful of ads purchased by ‘Russians’ in 2016, Facebook has been touting its new security measures in the run-up to this November’s midterm elections. As well as improving account security and verification for political groups, Facebook said in a blog post on Monday that it will be “detecting and removing fake accounts, working to prevent the spread of false news, and setting a new standard for political and issue ads transparency.”

In preparation for the elections, Facebook announced earlier this month that it would be building a physical “war room,” where its crack team of experts will monitor the platform for “bad actors” in the hours leading up to the vote.

Facebook did not elaborate on what sort of “experts” it has been teaming up with, but its partnership with the Atlantic Council is a good indication of precisely how ‘unbiased’ one can expect them to be. The Council is basically an academic arm of NATO which frequently hosts lively debates between assorted Russophobes. The Digital Forensics Lab, an offshoot of the Atlantic Council, currently helps Facebook weed out ‘Russian bots.’ And if this leads to censoring alternative media, dissident Democrats, and even Clinton partisans – well, that’s just the cost of doing business, right?

Facebook’s efforts to police content that might offend someone, somewhere, at some point has drawn ire from Republicans, with Senator Ted Cruz (R-Texas) hinting that Congress might start seeing the platform as a publisher, and therefore not shielded by laws granting public forums immunity from being sued over their content.

Keen to avoid further accusations of bias, Facebook said it will offer support globally, through an online portal instead of in person, and will help political candidates and groups with routine tasks like navigating Facebook and having ads approved from now on.

Google and Twitter, who also assigned staff to work on both campaigns in 2016, have yet to indicate whether they will withdraw their support in 2020. Parscale, who is now Trump’s 2020 campaign manager, has not yet commented on Facebook’s decision.

In May, Parscale and RNC chairwoman Ronna McDaniel wrote a letter to Facebook and Twitter, asking for assurances that “transparency, neutrality, and protection of all speech will be core tenets of Facebook and Twitter operations, now and in the future.” There was no word if they ever got a response.