In a bid to combat foreign actors purchasing adverts related to US election candidates Facebook has announced it will roll back the years and resort to using postcards to verify the identity and location of ad buyers.

The company revealed their retro plans one day after US Special Counsel Robert Mueller  confirmed 13 Russians and three Russian entities had been indicted for allegedly meddling in the 2016 US presidential election in a bid to promote eventual winner Donald Trump over his Democratic rival Hillary Clinton.

Facebook has long been accused by US lawmakers of not doing enough to spot alleged Russian operatives using its platform to spread divisive political content and disinformation on the social network. 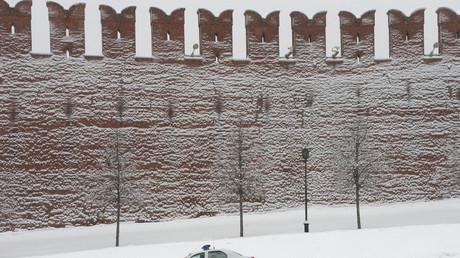 Under the new rules anyone wishing to buy an election advert, specifically mentioning a candidate running for federal office, will be sent a postcard containing a specific code which they will need to share in order to complete their purchase, confirming their location and identity.

“If you run an ad mentioning a candidate, we are going to mail you a postcard and you will have to use that code to prove you are in the United States,” Reuters cites Katie Harbath, Facebook’s global director of policy programs, as saying on Saturday.

Though Harbath admitted that it “won’t solve everything,” it was the best idea Facebook boffins could come up with it. However, the company did not offer any solutions as to how they could prevent potential crafty Russian sleuths from setting up local mailing addresses and hiring US citizens or dispatching sleeper agents to check on them.

RT.com reached out to Facebook for comment but the company had yet to reply at the time of publication.