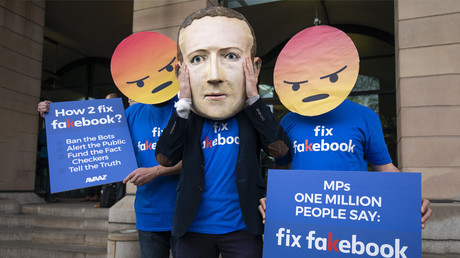 Facebook has been issued with a £500,000 ($645,155) fine by the UK Information Commissioner’s Office (ICO) for its role in the Cambridge Analytica scandal, the maximum fine the office can enforce.

The ICO issued the penalty for the tech giant’s processing of people’s data without their consent. Third-party apps were able to attain the personal data of tens of millions of Facebook users between 2007 and 2014. Users were not protected by the company’s terms and conditions.

“Facebook failed to sufficiently protect the privacy of its users before, during and after the unlawful processing of this data,” said Elizabeth Denham, the information commissioner. “A company of its size and expertise should have known better and it should have done better.”

Facebook stated that it was “reviewing” the decision. “While we respectfully disagree with some of their findings, we have said before that we should have done more to investigate claims about Cambridge Analytica and taken action in 2015,” a statement from the company read.

Earlier this year, it was revealed that Aleksandr Kogan, with his company GSR, used a personality quiz on Facebook to harvest data of up to 87 million people. Some of the data was shared with Cambridge Analytica, which used it to build models in an attempt to influence the outcome of the 2016 US presidential election.

It is thought that at least one million UK users’ data was siphoned off, and that Facebook had no way to check which apps were linking to its platform.

While the head of Cambridge Analytica, Alexander Nix, and Kogan were grilled by MPs over their actions, Facebook’s boss Mark Zuckerberg has so far refused; sending subordinates in his place.

The tech giant’s breaches came under the Data Protection Act 1998, which was replaced in May. The maximum fine now stands at £17 million ($21.9 million), a far cry from the penalty imposed on Facebook.

“We considered these contraventions to be so serious we imposed the maximum penalty under the previous legislation,” Denham stated, adding: “The fine would inevitably have been significantly higher under the GDPR.”

Facebook has faced a testing 2018, its share price dropped 27 percent in July, and the company has seen the departure of senior executives since then.