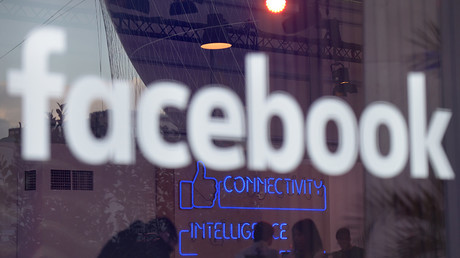 Days after tech giants Facebook, Twitter, and Google were grilled on alleged Russian interference in the 2016 US election, Senate Majority Leader Mitch McConnell has suggested using the companies to attack other nations.

On Tuesday, senior executives from the trio of major tech firms went before the US Congress to discuss an alleged ‘disinformation’ campaign supposedly designed to influence the election.

Republican Senator Mitch McConnell has since suggested that social media and other internet services could provide the US with an opportunity to “retaliate” against adversaries such as Russia.

He then mooted the idea of weaponizing their services. Big tech could be used, he said, to “retaliate” against Russia, whose government has repeatedly denied any allegations of attempts to influence US voters.

“What we ought to do with regard to the Russians is retaliate. Seriously retaliate against the Russians and these tech firms could be helpful in giving us a way to do that,” McConnell told MSNBC host Hugh Hewitt.

McConnell added that he wasn’t sure if it’s a good idea for a special committee to assess the relationship between US security agencies and tech companies. He said the challenge facing US authorities is balancing security with First Amendment rights, which he believes should not extend to “foreigners.”

“It certainly would help if the CEOs were willing to testify [at Congress]. But I think the big, big subject with a lot of national security implications… [is] trying to figure out how to balance national security versus the First Amendment.”