Facebook has identified and shut down more than two dozen accounts that it claimed were created to exacerbate political tensions in the United States, the company said in a blog post on Tuesday.

Facebook said the “inauthentic” accounts displayed activity similar to that of accounts the social media giant had earlier linked to the Internet Research Agency (IRA) — a Russian entity which western media have often linked to Russia’s alleged attempts to influence the 2016 US presidential election.

Facebook, however, admitted in a blog post that it was in the “very early stages” of its investigation and didn’t have “all the facts” about the newly discovered accounts. 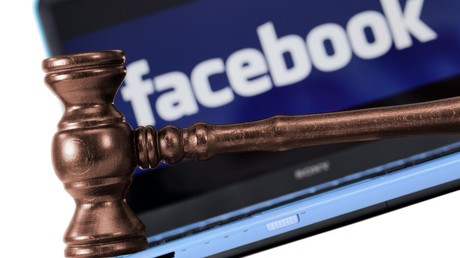 Evidence Facebook has is not strong enough to publicly attribute the pages to the IRA, and “it’s possible that a separate actor could be copying their techniques,” the company’s chief security officer Alex Stamos said.

The company said that whoever set up the accounts “went to much greater lengths” to obscure their identities than the IRA had in the past, but also said it found links between some of the new accounts and previous Russia-linked accounts it had disabled last year.

Democrats were quick to jump on the Russia-blaming bandwagon, however, with Senator Mark Warner (D-Virginia) releasing a statement blaming Moscow for creating the Facebook accounts and suggesting this was “further evidence” that the Kremlin was exploiting platforms like Facebook to “sow division and spread disinformation” in the US. Warner also said he hoped Facebook would continue working to identify “Russian troll activity” on the website.

The news from Facebook comes just days after US President Donald Trump suggested that Russia might interfere in the upcoming midterm elections, but that they would be “pushing very hard for the Democrats” because “no President has been tougher on Russia” than him.

Facebook said it decided to share the information, despite not having all the facts, because there was a “connection” between the pages in question and a number of protests that were planned for Washington, DC next week.

US Homeland Security Secretary Kirstjen Nielsen commended Facebook for its efforts and complimented it for taking the alleged election interference seriously.