Outraged by MPs’ questionable tax affairs, British voters will be further scandalized to learn a majority of legislators want the parliamentary expenses watchdog IPSA to relax rules governing their use of taxpayer-funded credit cards.

It would appear repentant MPs feel enough time has elapsed since the 2009 expenses scandal exposed widespread abuse of Parliamentary perks. 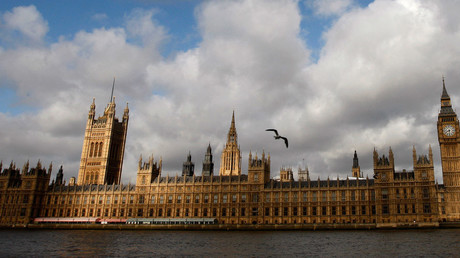 The report found that 34 percent did not make claims on certain expenses because they were concerned about being named and shamed.

Thirty-two percent said they disliked the system in 2015 compared to 21 percent the previous year.

One person, nominated to take the survey on behalf of an MP, told AP: “I think the system is very poor and would benefit from an overhaul.”

Some 312 people took the survey including 44 MPs, 113 ‘MP proxies’ nominated by politicians and 155 staff members.

Some said they wanted to get the old credit card system reinstated for use on the London Underground and to pay for meals and refreshments. The cards are banned for these purposes under the current system.

The report found “there are some clear signs that MPs, their proxies, and their staff think that there have been many improvements in the support and services that we offer, but, of course, there remains more for us to do.”

The 2009 scandal was a huge blow to politicians’ credibility.

Some of the worst examples of expenses being abused were a £2,000 floating duck house, an £1,800 rug, £15,000 to pay for a daughter’s rent and an immigration minister submitting receipts for nail polish, panty liners and nappies.

One of the most bizarre cases was that of Douglas Hogg MP, who claimed £2,200 to clean the moat surrounding his estate.

Hogg resigned but was later made a peer. He now goes by the title Lord Hailsham of Kettlethorp.