Former UK nationals who were tortured by US authorities in the aftermath of 9/11 are demanding a judge-led inquiry into the level of UK involvement in torture and detention during the “war on terror.”

In a letter published by the Guardian, 10 former Guantanamo Bay and Afghanistan detainees called for an investigation into the involvement of British intelligence agencies MI5 and MI6 in the torture of terrorist suspects by the US.

It follows a report released by the parliamentary intelligence and security committee last week which found both agencies were more heavily involved in the torture and kidnap of terrorist suspects than previously thought.

The report cited them being aware “at an early point” of the mistreatment of detainees by US officials. 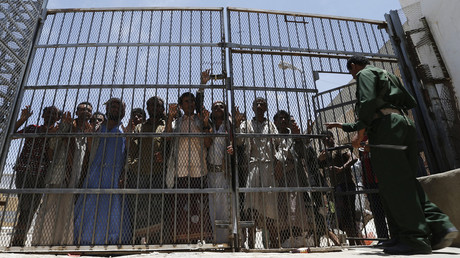 While it found no evidence of Britain’s direct involvement in physical abuse, it cited cases where UK officers were “party to mistreatment administered by others.”

The ex-detainees – who between them claim to have been subjected to 90 years of imprisonment – said documents confirmed everything they had “been saying over the course of almost two decades, that British intelligence services were wilfully complicit in our kidnap, false imprisonment, torture and other mistreatment.”

In their letter the ex-detainees called on the UK government to “order a comprehensive and transparent judge-led public inquiry into the perpetrators of this abuse, and the individuals who ordered it”.

“Between us, we have spent close to 90 years imprisoned without charge or trial. We have endured cruel, inhuman and degrading treatment. However, we really do want to put this episode behind us,” the letter reads.

The signatories added they have little hope the US will take the necessary steps to hold the perpetrators to account.

“On the contrary, since then the US has elected a president who believes that ‘torture works’ and who has appointed someone who ran a torture facility to head the CIA, despite reports alleging she ordered the destruction of evidence documenting torture,” they added.

“He has also signed an executive order to keep Guantánamo open. Therefore, there must be meaningful accountability in the very highest corridors of power to ensure that such crimes never recur.”

“I hope that people like Tony Blair and people who are involved with him like Jack Straw are taken to The Hague for war crimes because torture in the context of war is a war crime,” Moazzam Begg told RT’s Bill Dod last week. Begg, who spent two years in Guantanamo Bay, also claimed British intelligence was the “only reason” for him ending up in detention.