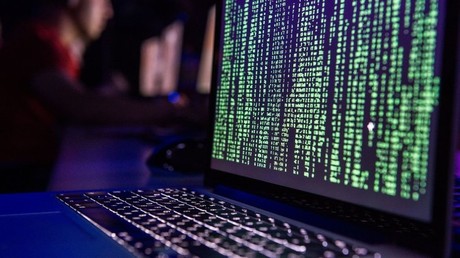 Another day, another string of Russian bot accusations against random Twitter users. This time, The Sunday Times accused Russian trolls of trying to swing the election for Labour – but an ex-Scotland Yard detective smells a rat.

Former counter-terrorism detective at Scotland Yard David Videcette took it upon himself to do a little research into the Sunday Times’ accusations. Videcette then shared his research on Twitter.

Swansea University has provided the Sunday Times with information on 20,000 tweets during the time of the general election. In those tweets, the language or location related in some way to Russia. This is where the former Scotland Yard detective starts with a simple investigative question: Who is funding this?

The first question I’m asking myself here is, who is paying Swansea for this research, and why? I work exstensively with the media, and they don’t like paying at the best of times, let alone fund speculative research like this. PR campaigns are funded though, is this news or PR?

That’s our first hurdle when deceding on the veracity of these allegations – Is this news, or is someone literally funding a PR campaign against Russia, and is it being dressed up as news by The Times?

Next up, Videcette queries just who the academic is that conducted the research. He didn’t need to look far – the Sunday Times names the Swansea University researcher in their article – economist and professor Oleksandr Talavera. If that name doesn’t immediately ring a bell, Videcette has summarized his own research on Talavera.

Parliament’s fake news inquiry has hauled Twitter before their panel to investigate whether or not Russian trolls or bots had any sway over the Brexit referendum. In fact, Twitter big-wigs were implored to provide research and evidence twice – and twice Twitter told Parliament that there was no evidence in the claims of Brexit tampering.

Talevera is Ukrainian. He is one the of co-founders of ‘https://t.co/Y2VqWLKnIJ, an independent analytical platform’ – a Ukrainian ‘think tank’ which has regular tie ups with The Atlantic Council.

That’s right – the same Atlantic Council that has researcher Ben Nimmo as an “information defence fellow.” Last week, Nimmo issued a report to Parliament on Russian propaganda labeling various people as Russian bots by both government and the media. Embarrassingly some of those he condemned turned out to be real people, who were unhappy about being called robots.

So, this already starts to look odd for me. We have the same researcher, continuously saying the same thing about different ejections, and he may have a certain bias? Am I the only one smelling a rat?

Videcette then questions the research methods. Again, the issue of finances comes up – and also time. According to the Sunday Times, “a team of researchers then painstakingly analyzed each tweet to determine whether the user had posted positive or negative messages about any of the major parties.”

The second hurdle though is the evidence. The analysed sample relates to 20,000 tweets, over a 4 WEEK PERIOD:

So the sample is very small.

Newspapers are famously strapped for cash – especially now print news is struggling, thanks to the advent of the internet. So 20,000 tweets, all painstakingly investigated? The former Scotland Yard detective has his doubts.

According to my maths, this sample represents, something in the region of 0.00033% of twitters traffic over a four week period.

If it took someone a minute to read abc analyse each tweet, that’s 8 weeks worth of work based on a 40 hour week. Even if you halved it, that’s over a month looking at these tweets.

The Times didn’t pay for this, they wouldn’t, it would be prohibitively expensive.

What raises even more questions is how Swansea University ascertained who was a Russian bot and who was not. According to the Sunday Times, they deemed accounts “that gave their language or location as Russian.”

Continuing to poke holes in the Sunday Times’ narrative, Videcette – who has previously questioned the established, anti-Russian narrative on the Skripal poisoning – points out that if you had any Russian language on your account, mentioned anything to do with Russia, or even tweeted anything with a Russian sentiment, you may have been counted as a bot.

Who set these accounts up? They don’t sound very covert? Are they parodies, or are they even part of this anti-Russian PR campaign, set up by the very same people pushing the same anti-Russian narrative over and over again?

For me it fails on every level I’ve looked at. Partisan researcher, pushing the same message over and over, using flawed research methods which are designed to illicit a certain response. On top of this there is also the question of opaque funds to carry it out…

No, in short, and in my most ungraded language, you can stick this where the sun doesn’t shine.

It’s utter nonsense and has no integrity.

Why aren’t our media questioning this more?

It isn’t just the former Scotland Yard detective questioning the Sunday Times’ yarn. Shadow Chancellor John McDonnell has called the article nothing more than a “ludicrous” smear campaign from the “Conservative-supporting” Sunday Times.

“This is ludicrous. This the thing they accused [former Labour leader] Neil Kinnock of during the general election.

“If I remember rightly, the Russian Embassy was putting out supportive noises towards the Tory party. If there’s an issue here about anything on Russian influence within our society, it’s about Russian oligarchs funding the Tory party. Let’s have an inquiry into that.

“It’s a classic Sunday Times smear campaign. If they’re really serious about tackling influence of Putin and his allies in our society, get them to support my legislation that we’re promoting which is tackling money laundering and dirty money coming through the city from Russian oligarchs.”