Christopher Steele, a former MI6 spy who compiled an explosive dossier alleging links between US President Donald Trump and Russia, has reportedly been asked to testify before a Senate inquiry. 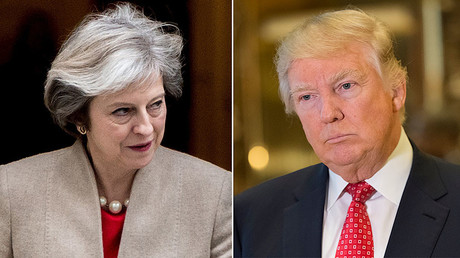 The White House has vehemently denied the accusations, which include claims that Moscow operatives had been gathering compromising and sexually “perverted” information on Trump for years in order to blackmail him.

Trump brushed off the 35-page dossier as “fake news” compiled by a “failed spy.”

Steele, seen as one of MI6’s leading experts on Russia for 20 years, has been in hiding ever since the details of the dossier emerged and has not responded to the Senate officials’ requests to give testimony.

While Steele is unlikely to show, friends of the ex-spy told the Independent that a group of Democrats, as well as some Republicans, have offered to arrange initial meetings in the UK or on neutral territory. 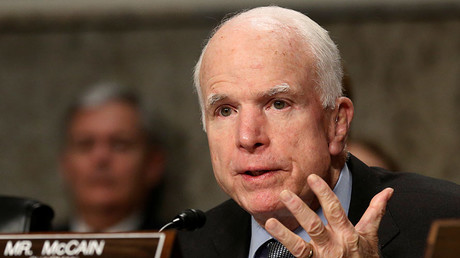 On learning of Steele’s report in November, former Republican presidential candidate Senator John McCain sent an intermediary to London to collect it and alerted FBI director James Comey, who briefed Trump and then-President Barack Obama on its findings.

Steele is highly regarded among British and American intelligence agencies and had liaised with the FBI while carrying out his Trump inquiry.

Steele became involved in the Trump investigation through Fusion GPS, a Washington-based firm that was hired by Trump’s Republican opponents in September of 2015.

Steele joined the team in June of 2016, but after Trump won the Republican nomination in July, the Democrats became Steele and Fusion GPS’s new employers.

With that contract due to come to an end after the election, the FBI stepped in to offer funding, but the arrangement reportedly fell through when Steele became frustrated with the bureau. However, he claims to have continued his work without pay because he was so worried by his discoveries.

The Senate Intelligence Committee is carrying out an investigation, separate from the FBI’s, looking into allegations that the Kremlin attempted to interfere in the 2016 presidential election.

Trump’s aides have denied accusations that they had colluded in the alleged scheme.

Steele provided crucial help to the FBI in its investigation of corruption in the international soccer body, FIFA.