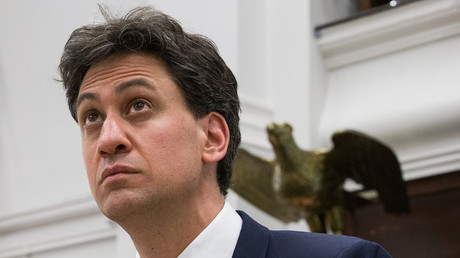 Former leader of the Labour party Ed Miliband has challenged Prime Minister Theresa May to do more about US President Donald Trump, and other right-wing governments he believes are undermining fundamental democratic ‘values.’

During Prime Minister’s Questions on Wednesday, Miliband said: “This has been a chilling week for those of us who believe in values of tolerance and diversity.”

Trump has earned fresh criticism recently over the immigration policy pursued by his Attorney General Jeff Sessions’ which involves separating thousands of children from their parents as they try to cross the southern US border illegally.

The PM had previously labelled the images of children being kept in cages as “deeply disturbing” and “wrong.”

Citing Trump, as well as populist governments in Poland and Italy, the former Opposition leader said: “It’s good that she [PM] said President’s Trump policy is wrong but I want her to do more and I think this house wants her to do more. What is she going to do proactively do defend these values? To make clear to the rest of the world and the European Union that these values are inimical to our country and cannot stand?”

May responded saying: “We believe in the fundamental values of liberty, of democracy, of respect for human rights. We will continue to work with others to make sure that it is those values that are preeminent in everything that we do.”