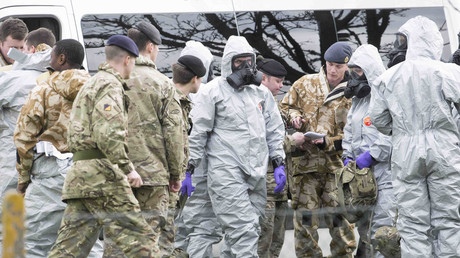 A former UN chemical weapons inspector has told RT that the British government is exercising damage control in their claims that the Russian government was behind the Salisbury poisoning.

Anton Unkin, who worked with the UN in Iraq, called out Britain’s changing claims about the incident, including their charge that use of a “weapons grade agent”, such a Novichok, could only come from Russia and exposure to it would be fatal. Unkin also queried the claim that London had no antidote to the nerve agent identified in the attack.

Now, almost two months after the incident, with the Skripals alive and seemingly fine, Unkin said that “even UK allies are starting to ask questions over what’s true.”

Quoting a story in The Times, which claimed that the most likely culprit for the attack may have been an enemy of Russia, Unkin pointed out that even the British media isn’t convinced by the UK authorities’ story anymore.

“The British side have a real difficulty to explain why would Russia commit such an attack,” he said.