My anthology Revisions and Dissents deal critically with Hoover Institute fellow and frequent contributor to the American Greatness website Victor Davis Hanson. A Fox-news superstar in addition to his other claims to fame, Hanson specializes in totally unexamined assertions about modern history that as a professor I would never have tolerated even in a college freshman. Hanson has done well expressing these half-truths and fictions because they obviously please his neoconservative benefactors who have raised him to media prominence.

Contrary to Hanson’s telling, Germany (which didn’t exist as a unified country until 1871) did not unilaterally start a war against France in 1870. When I last checked, it was the French who declared war on Prussia in 1870 and did as much to provoke that conflict as the other side. According to Hanson, the evil Germans launched two world wars in the twentieth century, neither of which the other side supposedly did anything noteworthy to incite.  Indeed, the unleashing of the First World War was entirely the work of the German government, which was then making a mad dash to swallow up Europe. 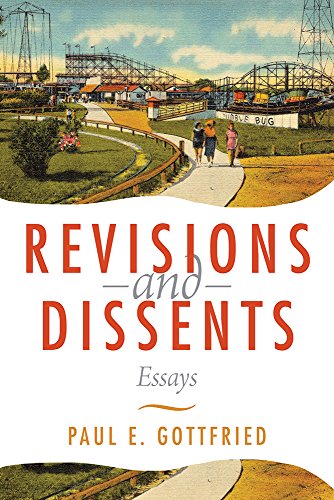 A vast, multilingual literature is available that shows that both sides contributed about equally to greasing the skids for the conflagration that came in August 1914. Hanson considers as “the lesson of World War One” that the US should not only have clobbered the Germans in World War One. The best course would then have been to occupy the defeated country and make its inhabitants pay unlimited reparations in accordance with the punitive Treaty of Versailles. (The US might have done best to stay out…