The European Commission has announced initial preparations for a no-deal or Hard Brexit aimed at minimising disruption to travel and trade should the British government opt for an unregulated divorce from the EU by March 30.

British Prime Minister Theresa May barely survived a vote of no confidence in her own Parliament last week but this latest announcement from the EC shows that confidence is in short-supply in Brussels as well, “given the continued uncertainty in the UK,” commissioner Valdis Dombrovskis said in a news conference.

“These measures will not – and cannot – mitigate the overall impact of a ‘no-deal’ scenario,” the EC said in a statement.


The EC has proposed 14 measures that mainly focus on transport and customs, data protection, climate policy and, of course, key financial products such as derivatives contracts.

British airlines will be allowed to operate flights into and out of the EU but not within it, at least initially. The EC also scrapped its original plan to limit road haulage permits to 5 percent of existing numbers, instead allowing land-based haulage to continue as normal, without the need for EU permits, for a period of nine months.

UK financial services regulations will operate on a par to their EU counterparts for up to two years, but in a limited number of areas.

Also on rt.com
Did Jeremy Corbyn call Theresa May a ‘stupid woman’? (VIDEO)


While this ostensibly softens the blow to British business, the EC made it clear the measures were proposed entirely with self-interest in mind. Brussels asserts that the arrangements on offer will be strictly-timed adding that the EC reserves the right of withdrawal of any measures without consultation with the UK.

The EC called for generosity from the remaining 27 member states in relation to residency rights of UK citizens,“provided that this approach is reciprocated by the UK.”

UK citizens will not require visas for short-term stays in EU countries (under 90 days), anything over than that threshold will require a residency permit or a long-stay visa.

UK citizens who have lived in an EU member state for a period of five years or more are automatically to be granted clemency in the form of long-term resident status.

“We will set out what is achieved in our EU discussions when we return in the New Year, when we have had those discussions,” May told Parliament on Wednesday. 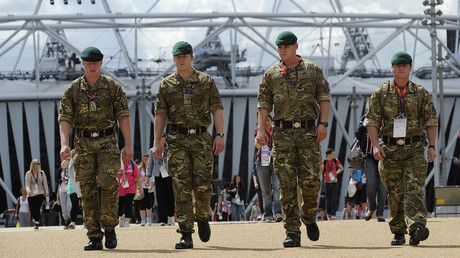 Perhaps pre-empting the EC announcement, the British government committed to bolstering internal and border security by placing an additional 3,500 troops on standby in case of a severe deterioration in public order.

However among the British business community, anxiety is growing, particularly around additional checks at the UK-EU border in the event of a no-deal Brexit which will disrupt supply chains across Europe and beyond.

“Businesses have been watching in horror as politicians have focused on factional disputes rather than practical steps that business needs to move forward. The lack of progress in Westminster means that the risk of a ‘no-deal’ Brexit is rising,” the British Chambers of Commerce, the Confederation of British Industry, the Federation of Small Businesses, the Institute of Directors and the manufacturers’ organization EEF said in a joint statement.

British MEP Janice Atkinson remained upbeat, however, and rejected doom and gloom prognostications that a no-deal Brexit would cause chaos and widespread disruption to financial markets and pan-European travel, insisting instead that the UK would simply revert to WTO rules and regulations.

“If there is no deal in the next couple of weeks, we just leave under WTO rules and there is no problem with that,” Atkinson told RT.

Atkinson decried the in-fighting between MPs and MEPs who she said were not listening to each other and were merely scoring points in front of the mainstream media’s cameras.

“We have a Remain Prime Minister, a Remain opposition and Remain MPs in the house of Westminster” who, she argues, are fundamentally not listening to the will of the people who gave a “clear mandate” when they voted for Brexit.

Atkinson went on to lambaste “Brussels brinkmanship” stating that, as far as the UK is concerned, “they need us more than we need them.”