The EU’s Chief Brexit Negotiator Michel Barnier is “concerned” about the progress of talks and has urged Britain to start “negotiating seriously” as the stand-off over the divorce bill intensifies.

Speaking before the next round of talks begin in Brussels on Tuesday, Barnier voiced frustration at the government’s “ambiguity” and the failure of ministers to deliver a position paper on the UK’s financial liabilities.

“To be honest, I’m concerned. Time passes quickly. We need UK positions on all separation issues,” Barnier said during a media conference.

“This is necessary to make sufficient progress. We must start negotiating seriously. We need UK papers that are clear, in order to have constructive negotiations. And the sooner we remove the ambiguity, the sooner we will be in a position to discuss the future relationship and to a transitional period.”

His UK counterpart David Davis responded by saying the talks would be about “driving forward the technical discussions across all the issues.”

“We want to lock in the points where we agree, unpick the areas where we disagree, and make further progress on a whole range of issues,” he said.

“But in order to do that, we require flexibility and imagination from both sides.”

British sources told the Times that the lack of a position paper is deliberate, and that the government is not prepared to commit to a financial settlement without the EU agreeing to discuss a transition package.

They added that the policy documents issued over the last two weeks on future customs arrangements, Northern Ireland and judicial co-operation were designed to illustrate how intertwined all the Brexit issues are. 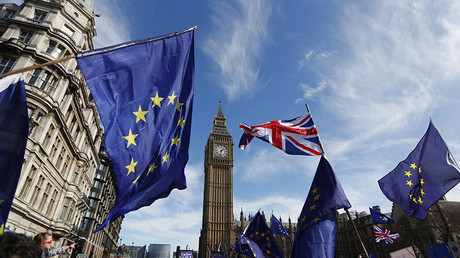 Under one proposal mooted within the Brexit department, the UK would agree to continue payments into the EU budget for two years after leaving in return for preferential access to the single market and customs union.

On Monday, the French government said it would not be prepared to sign up to such a deal.

Britain pays about £9 billion (US$11.5 bn) a year to the EU. Brussels is expected to demand a total net Brexit divorce payment in the region of £40 billion.

European leaders have agreed unanimously that the UK must make sufficient progress on three separation issues before talks can progress to trade. That means Britain has to reach an agreement on the financial settlement, the Irish border and EU citizens’ rights before discussing a future relationship with the EU.

Davis has repeatedly called this timetable “inflexible” and has called on the EU to show “imagination” about the organization of the talks.

British Chancellor Philip Hammond has warned Prime Minister Theresa May that failure to make significant progress in the negotiations by the end of the year would trigger a damaging business exodus as companies begin to implement contingency plans for a hard Brexit.