Research has found that ethnic minority MPs have recently suffered 15 percent more abuse on Twitter than their white counterparts. The UK’s first black female MP, Diane Abbott, tweeted that she wasn’t surprised with the results.

The research, by data scientists at Evolution AI, commissioned by Business Insider, found that Labour MP Naz Shah received the most abuse between Jan 2017 and March 2018. As well as Shah, Labour MP colleagues Shadow Home Secretary Diane Abbott, David Lammy, and Chuka Umunna were among the party’s most-abused politicians on Twitter.

For the Conservatives, James Cleverly and Nus Ghani were on the receiving end of a substantial amount of the tweets. Evolution AI used a model based on artificial intelligence to ascertain whether tweets were toxic or not. They defined “toxic” as tweets that contained obscenities, aggression, or rude language.

Data scientists at the natural language processing startup company, who studied 3.16 million tweets sent to 523 British MPs, found that 5 percent of these were “toxic.” Furthermore, 25 percent of these toxic tweets were directed at ethnic minority MPs, while the rest were aimed at white MPs.

On the surface that may appear to be encouraging statistics for some, however only 7 percent of the 523 MPs on Twitter are classed as an ethnic minority. Therefore, the research illustrates that ethnic minorities are disproportionately targeted with toxic tweets. 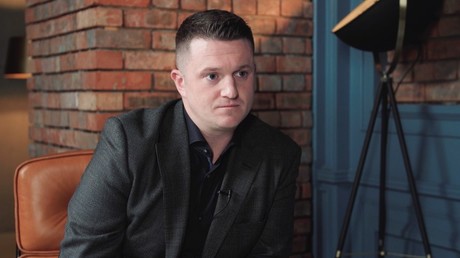 The researchers at Evolution AI didn’t distinguish between general abuse and more specifically racist abuse, but it surely serves to highlight a racist phenomenon that exists in political life on Twitter for non-white MPs, who receive significantly more abuse than white MPs.

Responding to this latest piece of research on abuse on Twitter, Shadow Home Secretary Diane Abbott seemed to take aim at the UK government for creating a “hostile environment” that has inevitably permeated British public life, saying: “It is no surprise that MPs from ethnic minorities receive a disproportionately high level of abuse on Twitter. This abuse reflects the trend in society which has seen an increase in hate speech and hate-crime. Politicians have a role to play, and it is irresponsible to send around ‘go home’ immigration billboard vans and to create what the Government calls its hostile environment against migrants.”

A government spokeswoman reacting to Evolution AI’s findings said: “We have been clear that abuse of public figures in any form is completely unacceptable. There is a clear difference between legitimate scrutiny of MPs, and conduct which is fueled by hate and personal abuse. No one should have to endure abuse or intimidation as part of any job, including parliamentarians.

“Later this year, the Government will consult on a new offence of intimidation in public life.”