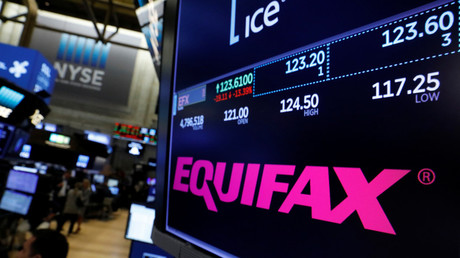 Former Equifax executive Jun Ying has been charged with insider trading by the SEC after he allegedly sold off over $1 million worth of shares before the company’s high-profile data breach was disclosed last year.

Ying was indicted by a federal grand jury on Tuesday, after allegedly making over $1 million in profit while avoiding potential losses of up to $117,000.

In a statement on Wednesday, the Securities and Exchange Commission (SEC) said that Ying “exercised all of his vested Equifax stock options and then sold the shares, reaping proceeds of nearly $1 million.” The SEC and federal prosecutors in Georgia have launched parallel investigations into Ying’s alleged violations of “antifraud provisions of the federal securities laws and…disgorgement of ill-gotten gains plus interest, penalties, and injunctive relief.”

The credit-reporting agency announced that the personal data of approximately 148 million consumers in the US, Canada and the UK was exposed over a period of two months. US consumers had their personal information compromised in a September 2017 hack. It was one of the largest data breaches in US history.

“What’s surprising is that they could have had access to this data for two-and-a-half months or maybe even longer,” Attorney Michael Bixby told RT America’s show ‘American Lawyer.’ “Equifax failed to install an update to the software that they were using that was available in March. So in March of this year, they could have essentially fixed this problem that was exploited by the hackers. Apparently, they were just asleep at the wheel and no installed the update.”

Four executives, including the company’s chief financial officer, were exonerated of wrongdoing by an internal investigation carried out by Equifax’s board in November. “We take corporate governance and compliance very seriously, and will not tolerate violations of our policies,” Equifax said in a statement.

“As alleged in our complaint, Ying used confidential information to conclude that his company had suffered a massive data breach, and he dumped his stock before the news went public,” said Richard R. Best, Director of the SEC’s Atlanta Regional Office. “Corporate insiders who learn inside information, including information about material cyber intrusions, cannot betray shareholders for their own financial benefit.”