George W. Bush abrogated the Anti-Ballistic Missile Treaty that Richard Nixon had negotiated, Putin responded with a buildup of the offensive missiles he put on display last week.

The U.S. helped to instigate the Maidan Square coup that dumped over the elected pro-Russian government in Ukraine.

To prevent the loss of his Sebastopol naval base on the Black Sea, Putin countered by annexing the Crimean Peninsula.

After peaceful protests in Syria were put down by Bashar Assad, we sent arms to Syrian rebels to overthrow the Damascus regime.

Seeing his last naval base in the Med, Tartus, imperiled, Putin came to Assad’s aid and helped him win the civil war.

The Boris Yeltsin years are over. 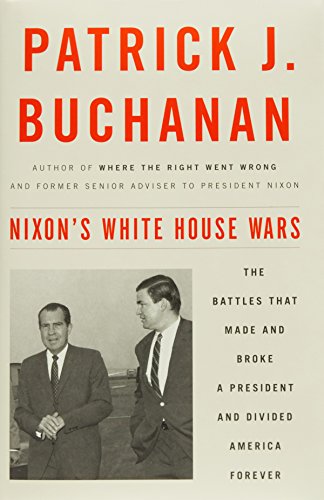 Russia is acting again as a great power. And she sees us as a nation that slapped away her hand, extended in friendship in the 1990s, and then humiliated her by planting NATO on her front porch.

Yet, what is also clear is that Putin hoped and believed that, with the election of Trump, Russia might be able to restore respectful if not friendly relations with the United States.

Clearly, Putin wanted that, as did Trump.

Yet, with the Beltway hysteria over hacking of the DNC and John Podesta emails, and the Russophobia raging in this capital, we appear to be paralyzed when it comes to engaging with Russia.

The U.S. political system, said Putin this week, “has been eating itself up.” Is his depiction that wide of the mark?

What is the matter with us?

Three years after Nikita Khrushchev sent tanks into Budapest to drown the Hungarian revolution in blood, Eisenhower was hosting him on a 10-day visit to the USA.

Two years after the Berlin Wall went up,…