Ludwig von Mises was the greatest economist and defender of liberty in the twentieth century. In scholarship and in passion for freedom, his rightful heir is Murray N. Rothbard.

Rothbard was born in New York City in 1926. He received his Ph.D. from Columbia University, and studied for more than 10 years under Mises at New York University. However, his degree was delayed for years, and he came close to not receiving it at all, because of the unprecedented intervention of a faculty member.

Rothbard’s dissertation — The Panic of 1819 — showed how the Bank of the United States, the Federal Reserve’s ancestor, caused the first American depression. This offended Professor Arthur Burns, later chairman of the Federal Reserve under Nixon, who was horrified by Rothbard’s anti-central bank and pro-gold standard position.

Rothbard eventually got his Ph.D., and he began writing for the libertarian Volker Fund in New York. Like his great teacher Mises, Rothbard’s views prevented him from getting a teaching position at a major American university. Finally he was hired by Brooklyn Polytechnic, an engineering school with no economics majors, where his department consisted of Keynesians and Marxists. 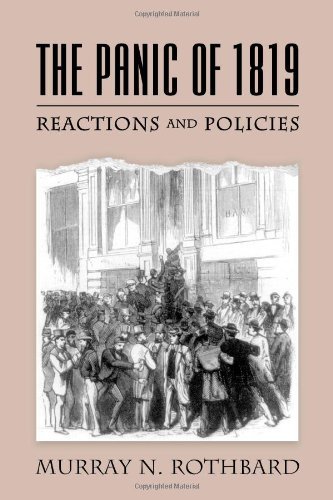 He worked there, in a dark and dingy basement office, until 1986, when — thanks to free-market businessman S.J. Hall — he was offered a distinguished professorship of economics at the University of Nevada, Las Vegas.

But this lack of a prestigious academic base did not prevent Rothbard, any more than it had Hazlitt, Hutt, or Mises, from reaching a wide audience of scholars, students, and the general public. Rothbard is the author of hundreds of…