The New York Times was “quite willing” to quash stories at the behest of the government, writes Pulitzer- winning former reporter James Risen. He warns that America’s press has been muzzled by “hyped threats” to national security.

In an in-depth retelling of his experience as a national security reporter for the New York Times (NYT), published in The Intercept, Risen explains how, on more than one occasion, the NYT yielded to government demands to withhold or kill his stories – including a bombshell report about the NSA’s secret surveillance program under President George W. Bush.

Jaded by previous experiences of US government interference in his work, Risen writes that his NSA story set him on a “collision course” with his editors, “who were still quite willing to cooperate with the government.” His editors at the Times had been convinced by top US officials that revealing the illegal surveillance program would endanger American lives, Risen said. 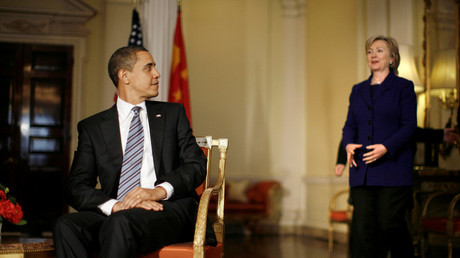 Bill Keller, the then executive editor of Times, said the newspaper’s decision to shelve the explosive report, which detailed how the NSA had “monitored the international telephone calls and international e-mail messages of hundreds, perhaps thousands, of people inside the United States without warrants over the past three years,” was motivated by the lingering “trauma” of the 9/11 terror attacks, and the sobering reality that the “world was a dangerous place.”

Risen’s NSA scoop, which later won him a Pulitzer Prize, was eventually published a year after he submitted it to his seniors – but only after Bush had been safely re-elected. Risen said that upon hearing the story was finally going to print, Bush telephoned Arthur Sulzberger, the Times’s publisher, requesting a private meeting to convince him against running the story.

Risen also recounts how, in the run-up to the Iraq War, his stories questioning alleged links between Iraq and Al Qaeda “were being cut, buried, or held out of the paper altogether.” While cooperation between the press and the government poses a number of troubling questions, Risen also points to the zealous persecution of whistleblowers, leakers, and even journalists themselves, as a root cause of the troubling state of American media.

Leaks and unauthorized disclosures to the press were once “generally tolerated as facts of life” in the intelligence community. Risen remembers how a top CIA official once told him that “his rule of thumb for whether a covert operation should be approved was, ‘How will this look on the front page of the New York Times?’ If it would look bad, don’t do it. Of course, his rule of thumb was often ignored.”

Under the auspices of protecting “national security,” this presumed culture of tolerating leaks and respecting a journalist’s special relationship with his or her sources was tossed out the window after the 9/11 attacks. After being dragged to court by the Bush administration in an attempt to force him to reveal the identity of one of his sources, Risen was saddened to discover that the war on press freedoms only got worse under Obama. 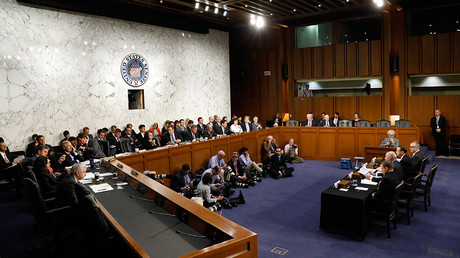 “My case was part of a broader crackdown on reporters and whistleblowers that had begun during the presidency of George W. Bush and continued far more aggressively under the Obama administration, which had already prosecuted more leak cases than all previous administrations combined,” writes Risen. “Obama officials seemed determined to use criminal leak investigations to limit reporting on national security. But the crackdown on leaks only applied to low-level dissenters; top officials caught up in leak investigations, like former CIA Director David Petraeus, were still treated with kid gloves.”

Now largely dependent on government-sanctioned “leaks,” Risen laments what he describes as “exaggerated reporting on terrorism” found in the New York Times and other media outlets, which has had a “major political impact in the United States and helped close off debate in Washington over whether to significantly roll back some of the most draconian counterterrorism programs, like NSA spying.”

Concluding his “collision course” saga with the New York Times and the Bush and Obama administrations, Risen observes that much of the mainstream media continues to dutifully report on “hyped threats,” missing “key lessons from the debacle over WMD reporting before the war in Iraq.”