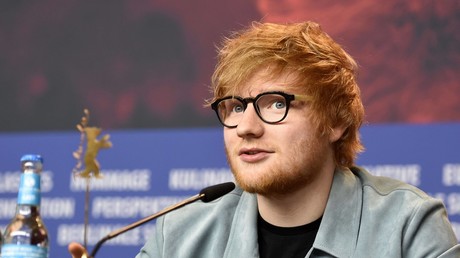 Ed Sheeran has reportedly won approval to install ‘anti-homeless’ railings outside his four-story house in Kensington, despite himself claiming he had “nowhere to live” when he first got his break in the music industry.

Pedestrian gates and cast-iron railings will soon be surrounding the 27-year-old singer’s converted Victorian house after Kensington and Chelsea Borough Council approved the plan earlier in July, according to the Telegraph.

I don’t know whether this is twisted media or whether I need to be ridiculously disappointed in Ed Sheeran rn https://t.co/KqA08kweyi

Some people forget where they are from. Ed Sheeran was homeless once and now he has been granted planning permission to install anti homeless gates on his £8 million London home. He’s over rated I feel. This is plain nasty.

Lmao at Ed Sheeran still cashing in on the “I’m just like you, still such a normal bloke, money and fame hasn’t change me” narrative, whilst simultaneously campaigning to get anti homeless security installed around his £8million London home. Fuck off to be honest Ed. pic.twitter.com/rgYzCVr2OR

He is a Somerset Tory who sofa-surfed for inspiration for his 1st album, no empathy for homeless here. Move along. @edsheeran

One-in-seven families are homeless in the west London area, according to 24Housing.

The news stirred controversy as the singer had described in his 2014 book ‘A Visual Journey’ how he had experienced rough sleeping in central London.

“There was an arch outside Buckingham Palace that has a heating duct and I spent a couple of nights there. That’s where I wrote the song ‘Homeless,’” Sheeran wrote. He later clarified the comments, saying he had never been homeless but that he just “went without a bed for some nights, that’s it.”

Sheeran slammed a previous story by the Sun, claiming he had lodged the planning application to keep homeless away saying the “reason was to keep the paps that you employ from being on my doorstep.”