Idaho State University is facing a $8,500 fine from the US Nuclear Regulatory Commission (NRC) for losing a gram of radioactive, weapons-grade plutonium.

While the amount is too small to make a nuclear bomb, it could be used to make a radioactive dirty bomb, according to federal officials who recommended the fine on Friday.

“The NRC has very rigorous controls for the use and storage of radioactive materials as evidenced by this enforcement action,” said agency spokesman Victor Dricks, according to AP. 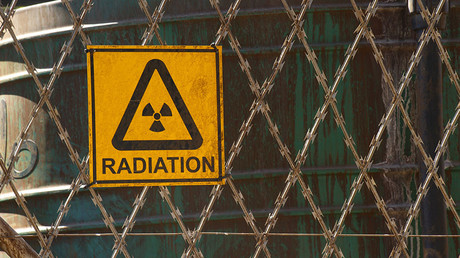 It turns out the university has been unable to account for the plutonium since they were asked to dispose of the chemical element in 2014. The inexplicable loss was down to poor paperwork, said vice-president for research at the university, Dr Cornelis Van der Schyf.

“Unfortunately, because there was a lack of sufficient historical records to demonstrate the disposal pathway employed in 2003, the source in question had to be listed as missing,” he said. “The radioactive source in question poses no direct health issue or risk to public safety.”

The plutonium is about the size of a US quarter coin and was one of 14 one-gram pieces loaned to the university by the Idaho National Laboratory (INL). The sample was scheduled to be sent back to the INL in 2003, when it was discovered during a routine leak test that the plutonium had experienced a loss-of-integrity and was removed from active use.

The INL didn’t want to accept the sample back into their inventory and subsequently asked the university to dispose of the sealed source instead. The university then deleted its record of the plutonium from their database without recording where it went.

In October 2017, a university worker noticed that the radioactive material was missing, and reported the lost plutonium to the Nuclear Regulatory Commission a week later. “We suspect that it ended up in a landfill for radioactive materials,” Dricks told Live Science.

The university has 30 days to pay or dispute the fine, and has been asked to turn over their remaining 13 plutonium sources for a review of their protocols.