Drone enthusiasts will face new restrictions in the UK after the British government announced plans to usher in a new series of regulations, including registration of any drone weighing over 250 grams and forcing owners to undertake a health-and-safety course.

Potential drone operators will have to take a test to “prove that they understand UK safety, security and privacy regulations”, the government said in a press release. 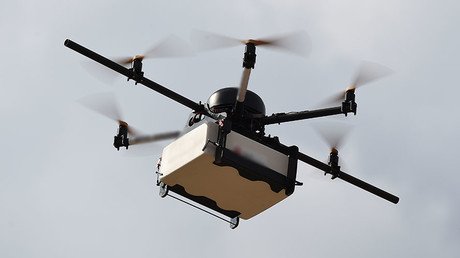 Another restriction will be a wider system of geo-fencing where no-fly zones such as schools and prisons would be programmed into the drones themselves using GPS. There have been several incidents over the past few years of drones being used to smuggle drugs and other contraband into prisons.

The new restrictions are being proposed not only to clamp down on these nefarious activities, but also to ensure public health and safety. In the first four months of 2017, twenty-two incidents and near-collisions have been recorded by the Civil Aviation Authority between drones and passenger jets, leading pilots to call for new regulations.

“Our measures prioritize protecting the public while maximizing the full potential of drones,” Aviation Minister Lord Martin Callanan said in a statement.

“Increasingly, drones are proving vital for inspecting transport infrastructure for repair or aiding police and fire services in search and rescue operations, even helping to save lives.

“But like all technology, drones too can be misused. By registering drones and introducing safety awareness tests to educate users, we can reduce the inadvertent breaching of airspace restrictions to protect the public.”

There are no firm plans yet as to when and how the new legislation will be implemented in the UK.

In the US, similar regulations were challenged by a model aircraft hobbyist in Washington DC earlier this year, and a court ruled the restrictions placed against him do not apply to non-commercial flyers.