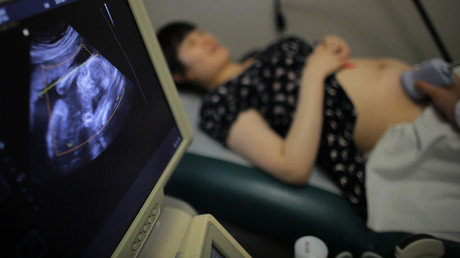 The Ohio House of Representatives passed a bill Wednesday to prevent doctors carrying out abortions on fetuses found to have Down Syndrome following a prenatal screening.

Doctors that follow through with abortion requests could face a fourth-degree felony charge which carries a maximum penalty of up to 18 months in prison or $5,000 fine, if they are convicted.

Additionally, offending doctors could also be stripped of their medical license and face additional legal issues should the woman experience complications during the banned  procedure. It should be noted, however, that women who terminate their pregnancies in such circumstances would face no penalty.

House Bill 214 passed in a 63-30 vote Wednesday and will now be sent to the Senate for consideration. The Senate has a Republican majority.

Supporters of the bill say the practice not only constitutes discrimination against the disabled, but is a form of eugenics.

“Individuals with Down syndrome are human beings,” said bill co-sponsor, Republican Derek Merrin, as cited by Cleveland.com. “Their condition does not make them any less human than other individuals. All people have medical conditions that arise throughout life.”

However, opponents maintain that any termination is a matter between patient and doctor and will not improve the lives of people with Down Syndrome in the state.

“We all agree on having privacy ‒ we don’t want the government intruding on our personal decisions and things we do and do not participate in,” Democrat Emilia Sykes said in response.

Similar legislation is on hold in Indiana and Louisiana after several court challenges, while North Dakota’s only abortion clinic sees no need to challenge state law, since prenatal screenings for Down Syndrome are carried out at 16 weeks, beyond the limit for performing abortions.

Special Olympian, actor and disabled rights activist Frank Stephens testified before Congress on October 25 advocating for more funding towards Down Syndrome research rather than selectively aborting fetuses that show signs of developing the disability.

“On a deeply personal note, I cannot tell you how much it means to me that my extra chromosome might lead to the answer to Alzheimer’s. It’s likely that this thief will one day steal my memories, my very life, from me,” Stephens said as part of his testimony.

A 2012 survey of abortion studies found that abortion rates following a Down Syndrome diagnosis ranged from 50 to 85 percent in the United States.

After prenatal screening for Down Syndrome was introduced in Iceland in the early 2000s, almost 100 percent of women who received a positive test result opted to terminate the pregnancy. France and Denmark have abortion rates following a Down Syndrome diagnosis of 77 and 98 percent respectively.