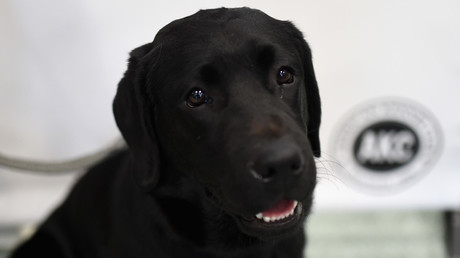 An Oregon man sentenced to 50 years in prison for sexually abusing his daughter has had his conviction overturned and received an apology from the state – after a dog was found safe and well.

Josh Horner from Redmond, Oregon, got an apology on behalf of the state from John Hummel, the Deschutes County district attorney whose office was responsible for prosecuting.

The 42-year-old plumber was convicted and sentenced to 50 years in prison last March 2017, despite the jury not coming to a consensus that he was guilty. Oregon is one of two states where jurors don’t need to be unanimous to convict, with the exception of murder cases.

Horner was exonerated on Monday after 18 months in prison following an investigation by the Oregon Innocence Project, which found the prosecution relied on false testimony by the alleged victim and had no physical evidence.

During the trial, the complainant testified that Horner threatened to shoot his daughter’s animals if she went to the police about the alleged molestation. He then allegedly demonstrated this by shooting a black Labrador, named Lucy, in front of his daughter to make his point.

Horner insisted the dog was alive, which was proved when the innocence project were able to locate the pup who was with her new owner.

On the steps of the same courthouse where he was convicted, Horner thanked the Oregon Innocence Project (OIP) who spent nine months investigating his case, and persuading the DA to reexamine the evidence.

The Oregon legal system has a particular blindspot when it comes to sex abuse cases, said the OIP legal director Steve Wax, who called for increased funding of both investigation and defense “so that we’re not in this situation in the future” adding that the toll this conviction has taken on Horner is “immeasurable”.

Wax said Orgeon’s guidelines for investigating child sex abuse allegations need to be amended and the process of eyewitness identification, interrogation and discovery should be reformed in order to ”protect the innocent [and] punish the guilty”.