In a move that might rub her former-Cabinet colleagues the wrong way, ex-Tory Education Secretary Justine Greening argued that companies should hire state school candidates over those from Eton when each attain the same grades.

Greening made the comments at a recent social mobility summit in New York hosted by education charity, the Sutton Trust.

The Conservative MP, hired as Education Secretary by former Prime Minister and Etonian David Cameron, said that if companies were to adopt “contextual recruitment”, taking into account the school the applicant attended, social mobility would be improved as the non-Etonian is likely to be more “impressive,” adding that software was available for firms to easily do this. 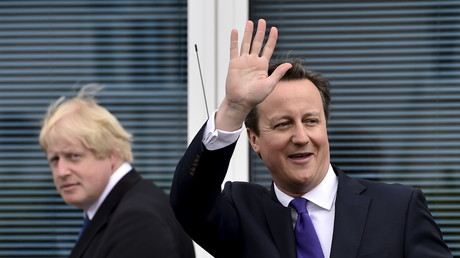 Greening, who left the cabinet after refusing Theresa May’s offer of the Department Work and Pensions brief during January’s reshuffle, now resides on the backbenches.

Quoting a 2016 report into social mobility and graduate employment, she highlighted that when a CRS was implemented, disadvantaged applicants were 50 per cent more likely to be hired than they otherwise would have been, because firms “are looking more sophisticatedly [sic] at their future potential, not just looking at grades as a bit of a rear view mirror on where the child and the young person began”.

During her time in the Government, Greening, on the liberal flank of the Tory party, put social mobility at the heart of her work in education, publishing an action plan aimed at boosting performance in 108 under-performing parts of England just a month before her departure.

Since being replaced in the role by Damian Hinds, Greening has continued to advocate for this by urging companies to sign up to a three-point pledge which tasks employers with adopting open recruitment practices to provide a level playing field for applicants.