Here in Kabul in early June, outside the home of several Afghan Peace Volunteers, a large drilling machine is parked on what was once a lovely garden. To this now muddy patch, workers will soon arrive for another noisy, dusty day of digging for water. The well dried up a week ago. As of today, the household has no water. 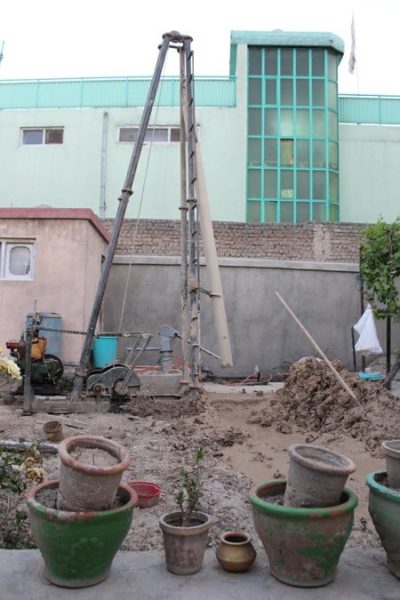 Ongoing battles between militants, government forces, and international allies have destroyed much of Kabul’s water infrastructure, forcing people to drill their own wells.

Across Kabul, numerous households face similar water shortages. With an average annual rainfall of just fourteen inches, Kabul’s water table has been falling each year. The current population, estimated around 4.5 million, is expected to reach 9 million by 2050. The estimated groundwater potential is enough to supply only 2 million inhabitants with water.

Rural families in drought-stricken areas watch their crops fail and their livestock die of dehydration. In desperation, they flee to urban areas, including Kabul, where they often must live in squalid, sprawling refugee camps. In the city, an already inadequate sewage and sanitation system, battered by years of war, cannot support the soaring population rise.

Droughts in other countries have led to violent clashes and civil wars. It’s difficult to imagine that…